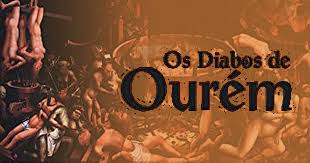 New Delhi: A historical novel based on facts that occurred in the 19th century. Thus, the book Os Diabos de Ourém can be defined , which has just been published by professor Maria Luiza Tucci Carneiro, from the History Department of the Faculty of Philosophy, Letters and Human Sciences (FFLCH ) from USP. The book will be available free for download by Amazon / Kindle this weekend (Friday, the 27th, Saturday, the 28th, and Sunday, the 29th). A printed edition of the work is scheduled for 2021.
“The guiding thread of the narrative is that of the possession of man by the devil, which, through a moralizing tradition of Western civilization, leads us to the practice of exorcism as a spiritual prophylaxis and to the organization of death”, highlights the work’s synopsis. “The devil is among the main characters of this novel, sometimes invisible at times manifest, but always present as an expression of a superstitious mentality shaped by Christian values and popular tradition, both secular. Shadows, howls, smells, blood, fear and noise are forms that, according to the believers, attest to his presence, configuring an image polished by morals and fear of sin, predetermined by the prototype of Satan.
Also according to the synopsis, the book shows the ways in which the population, confused and terrified, was contained by a mysticism that did not allow it to distinguish between truth and fraud, reality and illusion. Among these forms are exorcisms, demons, spirits of Herod, lost souls wandering from hell to purgatory and from heaven to heaven, desecration of corpses, penances, flogging, credulity, superstition and quackery. “The message is that the devil is still at large.”