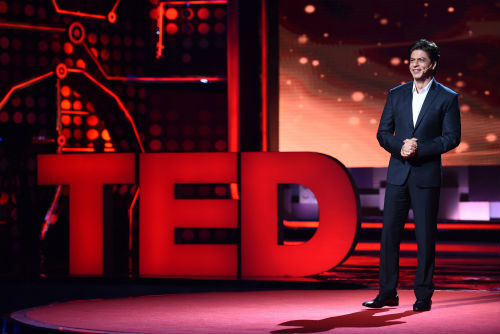 I have romanced a saree Pallu more than any HEROINE: Shah Rukh Khan

New Delhi: Shah Rukh Khan is currently winning hearts with his new stint on television as the host of TED Talks India Nayi Soch. After inspiring the world with his TED Talk at Vancouver, the actor seems to have developed a special connect with the concept and is said to have been actively involved in making the show a huge success.

After meeting with so many inspirational speakers during the course of the show, the King Khan of Bollywood has been very open to sharing his experiences with the audience. When speaker Anju Kadam, who runs an organization called ‘100 Saree Pact’ that shares stories of women triumph, Shah Rukh shared, “I have romanced a saree pallu more than any heroine!”

On further elaborating, Shah Rukh said, “I loved Sushmita Sen in a saree in Main Hoon Na. All my expressions were genuine because she looked so good.” Adding to his skill set the Baadshah of Bollywood also said, “I know how to tie a saree very well.”

Now that’s some trivia on Shah Rukh and his genuine romance in movies!