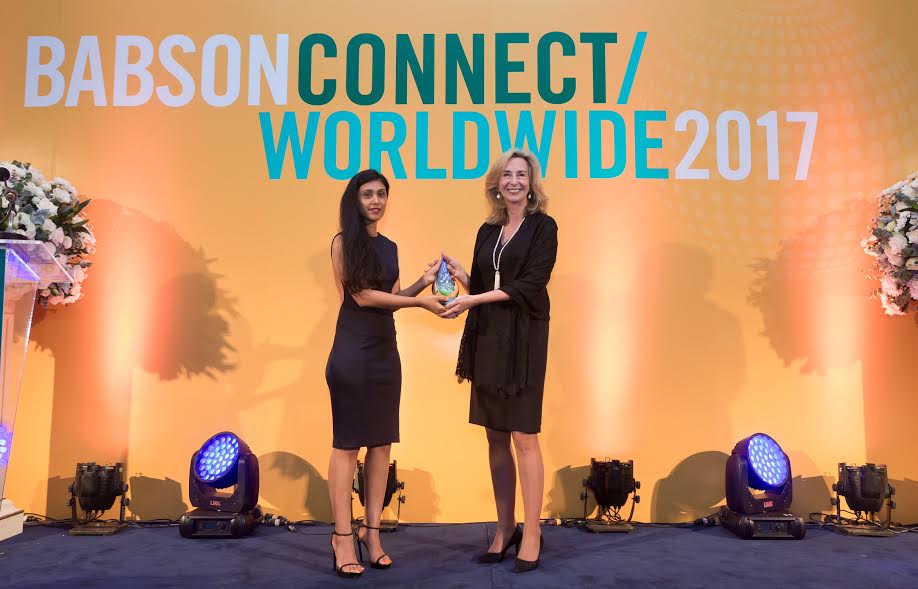 Noida: The Shiv Nadar Foundation today announced that Roshni Nadar Malhotra, Executive Director & CEO of $7 billion enterprise HCL Corporation and Trustee, Shiv Nadar Foundation has been felicitated with the “Lewis Institute 2017 Community Change maker” award at the 3rd Babson Connect: Worldwide (BCW) Summit in Bangkok, Thailand from March 23-25, 2017. The award recognises and celebrates an individual who has set something in motion in order to create a positive change and employs the Babson methodology of Entrepreneurial Thought & Action®.

“Roshni has used the power of Entrepreneurial Thought & Action®, Babson’s renowned methodology, to create economic and social value in business and in the world of philanthropy. Her influence has and will continue to set in motion a tremendous ripple effect that will change the trajectory of underprivileged young people,” said Cheryl Kiser, Executive Director, Lewis Institute.

The Lewis Institute 2017 Community Changemaker Award recognizes individuals who are motivated to challenge the status quo rather than live quietly within the confines of a broken system.

Accepting the award Roshni Nadar Malhotra said, “The work we do at the Shiv Nadar Foundation is driven by our conviction to drive meaningful transformation by harnessing the power of inclusive education. However, when it is recognized by a reputed institution like Babson, it is a validation that we are working in the right direction. I am heartened and honoured to receive this award and encouraged to work even harder to realize the Shiv Nadar Foundation’s vision of nation building through transformational leadership.”

Roshni received the award for her focus on leveraging the power of entrepreneurship as a positive force for social change. As a Trustee of the Shiv Nadar Foundation, she drives the Foundation’s strategy and its long-term roadmap. Roshni is also the Chairman and the driving force behind VidyaGyan, a leadership academy for the meritorious, underprivileged, rural students of Uttar Pradesh. The Academy aims to nurture future leaders from rural India who can act as catalysts of change for their communities, villages and the nation.