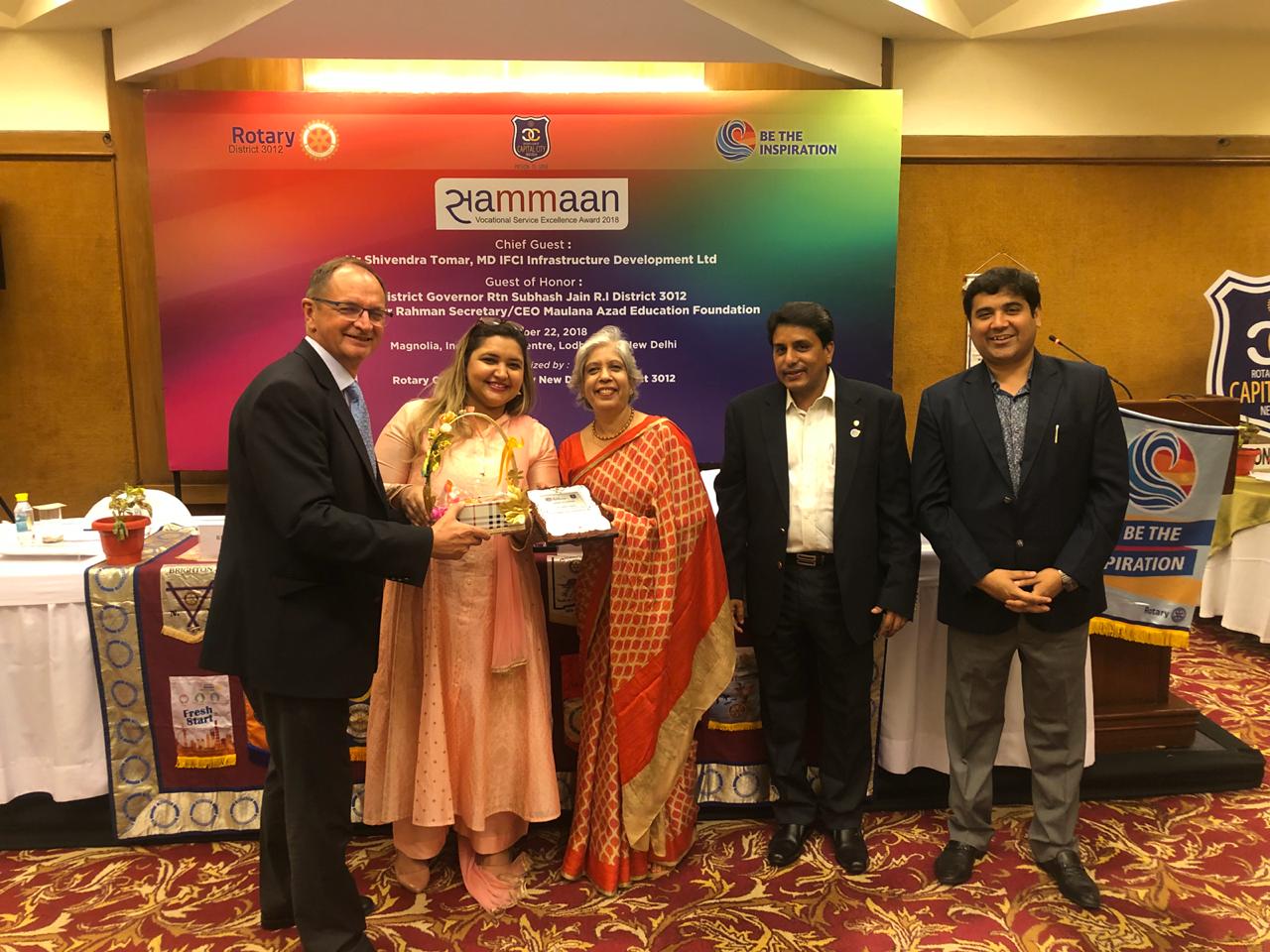 New Delhi: Members of the Rotary Club of Capital City New Delhi came together in the capital for “Sammaan Awards” for excellence in the field of vocational service and teaching. This year the awards were given in a glittering ceremony held at India Habitat Center, New Delhi.

Speaking during the event, Rtn Neha Kalia the president of the club said “this is our way of acknowledging the excellence in vocational service and the noble cause of teaching. We have been doing this since last 5 years and hope to continue in recognizing the good work”

Rtn Ahmad Afsar, Chairman of Sammaan Awards said “The idea behind these awards is to make communities better, and bring peace. We acknowledge this, by presenting this award of excellence for all the good work done”.

This year the award for vocational service was conferred upon Mr Nipun Malhotra who is the Co-founder and CEO of Nipman Foundation that works in the area of health and advocacy for persons with disabilities. Ms. Sairee Chahal, Founder & CEO of SHEROES- the women’s community platform and the world’s fastest evolving women-only social network offering support, resources,opportunities and interactions. Mr Vivek Kohli, former India’s No. 1 table tennis player and the Vice Chairman of the Stag International. The award was given for his special involvement by sponsoring and promoting youngsters in the game of table tennis due to which our country won many gold medals, and Ms Bhavna Malik who is a Councilor of Mayur Vihar Phase 2, Wards no- 11 E received the award for her result oriented work towards the society, including the development of children in government schools.

Rtn Brijesh Mathur chair vocational service of the club said “Sammaan awards are an annual tribute given by our club for excellence in various fields which has an impact on the growth and development of the society to make it a better place to live in”.