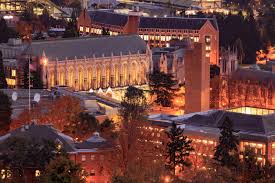 Round 2 of Washington study underway to determine food, economic insecurity during pandemic

The second wave of the Washington State Food Security Survey is now open. The survey takes about 15 minutes or less to complete and is open to all Washington State residents age 18 years or older.NeroDominus/Flickr

Understanding Washington residents’ access to food and their economic well-being – or lack of it – during the COVID-19 pandemic is vital for state and community partners to identify those needs and allocate resources effectively.

The first wave of this series of surveys was conducted in June and July, and 2,621 Washington residents from 38 of 39 counties responded. Now researchers are recruiting participants in the survey’s second wave.

“The first survey found that food insecurity was high among state residents, and that the majority of food insecure households had children. We also found disparities in the burden of food insecurity by income, race, ethnicity and educational attainment,” said Jennifer Otten, one of the leaders of the survey team and a UW associate professor of environmental and occupational health sciences.

Food insecurity was high, alarmingly so, in the summer following the state shutdown, affecting an estimated 30% of households, exacerbating pre-existing social inequities.
Highest rates of food insecurity – 58% – were observed among households below the poverty line.
Households having members with some or no college education were also disproportionately impacted with 44% of respondents experiencing food insecurity.
42% of respondents of color experienced food insecurity.
About 40% of all survey participants reported that their diet got worse.
Participants reported being concerned about safety in supermarkets and grocery stores, rising food costs, access and transportation.
Post Covid-19 diets had more eggs, rice, beans, pasta and peanut butter but less meat, seafood and milk and dairy.
Store bought cakes and cookies decreased but there was a sharp increase in cooking at home.
“Our findings also helped to characterize which and how food assistance programs were working for Washington residents as well as where additional changes might be needed to better support their food needs. Public agencies and anti-hunger networks held the survey up as useful in informing their programs and distribution and outreach needs,” Otten said.

Complete results of the first survey are available here.

The second wave of the Washington State Food Security Survey currently is underway and runs until mid-January.

Survey questions ask about access to food and food assistance, employment conditions and financial needs, as well as diet quality and health. The survey takes about 15 minutes or less to complete and is open to all Washington State residents age 18 years or older.

“Wave 2 will monitor the continuing impact of the pandemic on economic- and food-related wellbeing eight months after the initial lockdown. We hope to continue to add more waves of data collection to monitor the ongoing situation,” Otten said. “The data collected will be used by legislators, public agencies and anti-hunger networks to allocate resources, provide support and promote the recovery of Washington residents.”

Vocational guidance landing of students and teachers of IFKSiT PetrSU