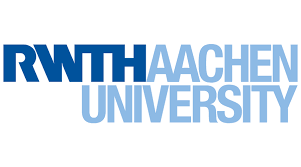 RWTH Aachen University: “Global problems can only be solved in global networks”

In June 2019, Professor Dr. Joybrato Mukherjee, President of the Justus Liebig University in Giessen, elected the new President of the German Academic Exchange Service – DAAD for short. Since the beginning of 2020 he has been at the head of the world’s largest funding organization, which looks after around 145,000 students and scientists and operates 70 foreign offices. The RWTH alumnus has been gaining experience as Vice President of the DAAD since 2012 and is now facing an enormous challenge in his role as President with the corona pandemic. Mukherjee explains the importance of international relationships in the RWTH alumni magazine “keep in touch”. “Global problems can only be solved in global networks,” he emphasizes.

The pandemic is also the focus of further articles in the new edition of the graduate magazine. Research projects and activities from various disciplines in the fight against the virus are described as examples.

RWTH Rector Ulrich Rüdiger describes in his foreword that the pandemic hit the university in the year of its 150th anniversary. Many celebrations and events have been canceled and postponed, but there were still highlights on the anniversary that the alumni magazine looks back on. Due to the corona, the now also appearsSummer and winter editions are available as a double edition with a total of 78 pages.