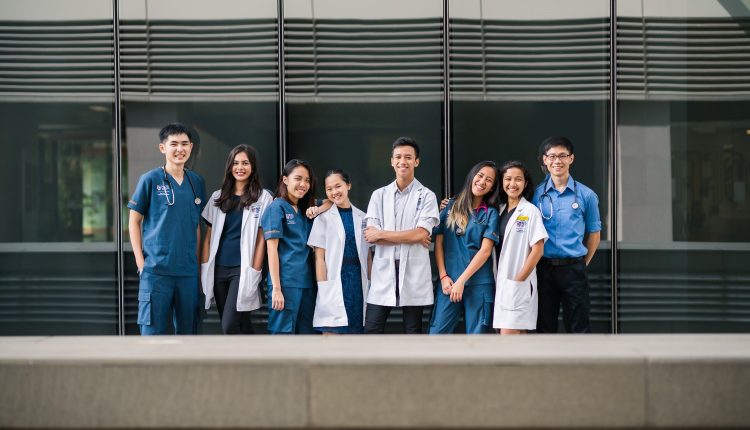 By India Education Diary Bureau Admin On May 14, 2021
Share

Singapore: The Goh Keng Swee Foundation, established by Dr Phua Swee
Liang in 2008 to perpetuate the values of her late husband, today announced a gift of S$1.2
million to the NUS Yong Loo Lin School of Medicine (NUS Medicine) in support of financially
disadvantaged medical students.
The gift was announced on the 11th death anniversary of Dr Goh, who passed away on 14
May 2010 at the age of 91 after years of ill health, during which he was nursed by Dr Phua.
The late Dr Goh served alongside Singapore’s founding Prime Minister Lee Kuan Yew, holding
Cabinet appointments as Deputy Prime Minister, as well as helming the finance and defence
portfolios at key stages of Singapore’s development.
He is widely regarded for his role in the development of Singapore into a prosperous nation.
As early as 1981, Dr Goh set up the Government of Singapore Investment Corporation (GIC)
with the foresight to protect Singapore’s reserves from unforeseen economic crisis. In the year
before his retirement from political office, he sowed the seeds of biotechnology in Singapore,
with his involvement in the introduction of Nobel laureate Dr Sydney Brenner to Singapore,
and the establishment of the Institute for Cell and Molecular Biology (IMCB).
“I am very pleased that Dr Goh’s life and memory will be honoured by this gift to NUS
Medicine. In his dealings with people, Dr Goh made no distinction between race, religion,
gender, wealth or power, provided people were genuine and decent. His compassion and
thoughtfulness toward people has always moved me and it is my hope that recipients of this
bursary will embody the same attitude towards their patients and those around them,” said Dr
Phua.
The Foundation was set up by Dr Phua two years before the passing of Dr Goh, who was also
Minister for Education as well as Chairman of the Monetary Authority of Singapore (MAS), and
headed various government-led companies. As Singapore’s first Minister for Finance in 1959,
he introduced a massive industrialisation programme and transformed the swampy Jurong into
Singapore’s first industrial estate. Dr Goh also initiated the establishment of the Economic
Development Board (EDB) in August 1961.
The Foundation has been a longstanding donor to the NUS Medical Society – Christine Chong
Hui Xian Bursary, set up in 2011. The bursary commemorates the late Christine Chong, from
the Class of 2012, who succumbed to cancer during the course of her studies. In memory of
her passing, the 62nd NUS Medical Society formed a committee to raise funds for an endowed
bursary. They approached the Foundation and Dr Phua was so impressed by the knowledge
that the students themselves contributed funds to initiate the bursary, that she instantly made
a sizeable contribution. Since then the Goh Keng Swee Foundation has frequently made
donations to add to the fund. Since its inception, the bursary has helped close to 70 medical
2
students to significantly alleviate the financial burden of their medical education.
NUS President Professor Tan Eng Chye said, “We are deeply appreciative of this generous
gift from Dr Phua. It will go a long way towards nurturing the next generation of medical
leaders, helping train the compassionate and competent doctors that Singapore needs, as well
as advancing the science and practice of medicine in Singapore.”
Professor Chong Yap Seng, Dean of NUS Medicine, expressed the School’s gratitude for the
Foundation’s gift, “We are deeply honoured and grateful for this gift from Dr Phua and the
Foundation. One in six of our medical undergraduates needs financial assistance and this gift
from the Foundation will be invaluable in alleviating their financial worries, allowing them to
fully experience the benefits of a comprehensive medical education and contribute to the
greater community as students.”