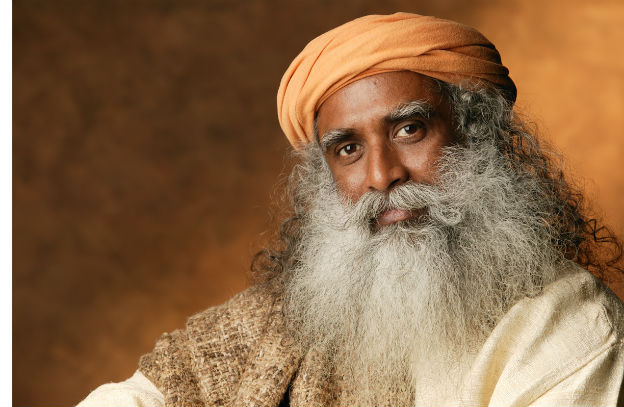 Sadhguru to inaugurate annual Mystic Kalinga- An International Festival of Poetry, performance in Bhubaneswar on December 22, 2017

Bhubaneswar: Kalinga Literary Festival (KLF) which emerged as an Annual Flagship event in the cultural calendar of Odisha is going to organize a special edition of Mystic Kalinga- An International Festival of Poetry, performance in Bhubaneswar. The two-day long event will be held on 22nd of December. KLF is to rekindle the romance with literature and foster reading and writing habits, especially among the youth.

World renowned mystic and yogi Sadhguru, Founder, Isha Foundation is scheduled to inaugurate the Kalinga Literary Festival -Mystic Kalinga – An International Festival of Poetry, Performance on December 22nd at Hotel Mayfair in Bhubaneswar. Eminent poets from foreign and bollywood lyricists like Mr. Sameer Anjan, Mr. Sagar Sarhadi will add aura to the event. Among others many poets, performers, writers are going to be the part of this poetry festival.

The Sadhguru will join Mystic Kalinga as the Chief Guest and Key Note Speaker. He will speak on his book and reflect upon his literary and spiritual journey. Leading poet, writer and co-author with Sadhguru, Ms. Arundhathi Subramaniam will discuss with Sadhguru on his new book Adiyogi: The Source of Yoga. It may be noted here that Sadhguru is a ‘realized yogi, mystic and visionary’, a globally revered spiritual leader, who has recently launched Rally for Rivers, a much appreciated nation-wide public awareness campaign and movement to restore and revitalize the Indian rivers. This was informed by the Founder, Director of Kalinga Literary Festival Mr. Rashmi Ranjan Parida.

Mystic Kalinga, an extension of Kalinga Literary Festival, is an emerging platform of poets and performers designed to promote young mind’s participation in art, culture and creative dialogue with the past, present and future. The December programme of Central Theme of KLF@Mystic Kalinga is Aseem, which in English refers to Transcending Boundaries . In Odia this means without boundaries. Translated into English it refers to limitlessness, indefinite, boundless, universal and unlimited, said Founder, Director of Kalinga Literary Festival Mr. Rashmi Ranjan Parida.

Boundaries today have become increasingly important, advocated by some as a necessity or as some say a necessary evil. Literature, especially poetry, as a genre has transcended any such self-imposed or social imposed boundary. But, not without a struggle. This struggle, however, is social and transcending it is only human. From being social to being human the struggle continues. Boundaries are created, recreated, drawn and re-drawn in the name of safety, security and comfort but we need to ask whether they make us more human.