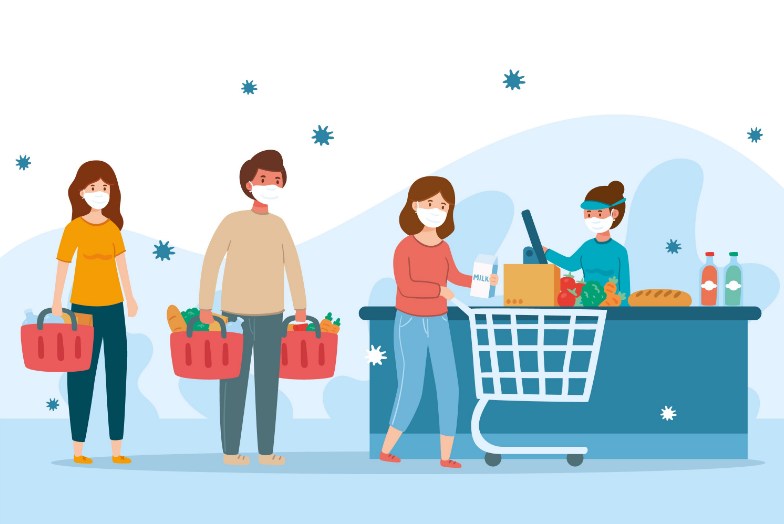 Safety First When It Comes to Consumption

One of the largest accounting organizations in the world, released a joint report in September, which showed that COVID-19 affected the spending habits of Indian consumers. Previously, lower prices and variety dictated where Indians would spend their money, but this is no longer the case. Forced to adapt to the new normal, consumers are prioritizing health above everything else.

The report further added that e-commerce numbers should continue to increase, as those of physical stores will either remain even or slump. Thus, offline retailers are in a position where they will have to collaborate to leverage mutually beneficial situations. During this crisis, local retailers are creating web stores and taking orders online.

Indian’s are also now concentrating on purchasing only essential items, making lasting changes on how they shop, work, and live. Industries must implement new strategies in hopes that people will return to their pre-pandemic habits once things get back to business as usual.

Seeing as laws forbid wagering on most games of chance in India, attraction to lottery games is disproportionately larger than in other countries. Once the first lockdown began in March, lotto shops around India closed, as the situation greatly affected the work of the Sikkim and Kerala State Lotteries. It took two months for lottery distribution to resume. During this time, many players discovered that it is a possibility to buy online lottery tickets from India.

Thanks to the internet, people can purchase lotto slips using their phones, so there is no reason to put themselves at risk by walking to a shop and doing the same. Also, digitally they not only get access to online lottery such as LottoLand, LottoSmile, and Lotto 24/7, but they can participate in draws that take place in other countries. Nowadays, Indians can buy tickets for the American Powerball and MegaMillions lotteries, as well as the European EuroMillions, from home. The top jackpot prizes in these games are hundreds of millions of US dollars. 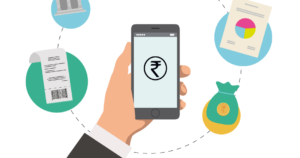 The tale of India’s adoption of digital payments is a fresh one, but the country is rapidly moving away from being a cash-obsessed economy. Though in a transitional stage, liberal legislative measures are driving the growth of e-commerce. The current pandemic only seems to have accelerated this switch, as in April, Local Circles reported that cashless transactions increased by 42%.

Fears of COVID-19 spreading through touch made people avoid using physical currencies and ATMs. Digital payments are experiencing exponential growth since the implementation of the Digital India initiative and due to social distancing guidelines. PhonePe, one of the countries most-used wallet apps, reported a recorded 925 million transactions in October. Paytm saw a 350% increase in transactions over the summer.

RedSeer Consulting predicts that digital payments will grow three-fold to Rs 7,092 trillion by 2025 and that the current number of unique mobile wallet users will increase to 800 million by the same year. The company lists COVID-19 as the catalyst of this trend, as people become warier of social interaction, a behavior that is likely to linger post-pandemic.

There is no doubt that consumers from everywhere are now looking at brands through a different lens. As the crisis evolves, industries can explore the changes and prepare how to better do business with new social standards in place.

Projected long term trends include an ever-increasing focus on health, a rise in conscious consumption, and a growing rise in local shopping. Thus, industries have to figure out how to respond to this new situation and how to cater to newly-established customer needs. They have to reset, rethink and redefine relationships with ecosystem partners and consumers.