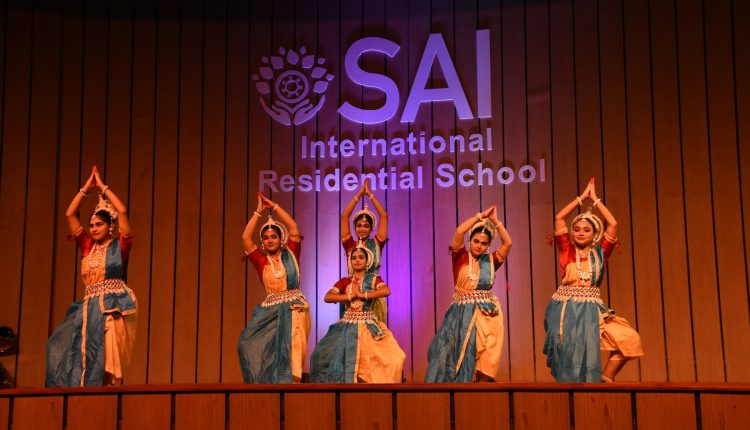 Bhubaneswar: The pandemic left the children devastated globally. Their days without the school premise were no more colorful. Many children got into depression and some just forgot to read and write and some got into online gaming. SAI International Residential School (SIRS) kept its SAIoneers engaged through numerous activities online like e-SAI MUN, eUNWIND to eSAITED. Nevertheless, inspite of such large format online events, the students missed their school, classrooms, their friends and their teachers. To bring back children to school and learn with fun SAI International Residential School conducted a 25-days SAI Kaleidoscope, an initiative to enhance the 21st Century Learning Skills amongst the students. The event was held from from March 10, 2022, to April 5, 2022, for the students of classes IV to XII of SAI International Residential School.

Artist expresses the universality of emotions and human…

SAI Kaleidoscope incorporated events ranging from Scholastic, Sports, Entertainment, Community Service and Trainings & Workshops in the 25 days. It encapsulated activities that instill the 21st century skills of creativity, collaboration, communication and critical thinking. Each activity designed was mapped as per the skills.

IPL enthrals its viewers 100 folds and doesn’t give a dull moment. SIRS Champion’s Trophy was designed on the IPL format where the team owners were the teachers, and the players were auctioned among the in auction ceremony by the owners. There were six teams namely, Kohli Warriors, Sachin Smashers, Sehwag Swaggers, Dravid Doggers, Dhonis Devils and Ganguly Gang. The teams consisted of both boys and girls.  The IPL format of the game was beyond imagination at the school level. The semi-finals and the finals matches of the Champion’s Trophy will be held on April12, 13 and 15, 2022.

A mixed game of Futsal was also a part of the SAI Kaleidoscope Sports activity. The football kind of game had six teams- Battle Hawks FC, Defenders FC, Vipers FC, Guardian FC, Wild Cats FC and Dragons FC, fought against each other in the electrifying matches. The Semi -Finals and Finals are yet to be played.

SAI Kaleidoscope came to a conclusion on Tuesday, April 5, with a valedictory ceremony amidst the presence of Chief Guest Shri Bhabani Shankar Chayani Collector & Magistrate for Cuttack. The Chief Guest in his address to the students, highlighted that they should have faith and trust in themselves and also in their teachers (gurus) to achieve desired results. “Trust will lead one to greater heights”, said Shri Chayani. He appreciated the initiative taken by Founder- Chairman late Dr. Bijaya Kumar Sahoo for building a campus with splendid learning infrastructure. Later in the evening he distributed the participation certificates to the students.

Speaking on the occasion Chairperson, SAI International, Dr Silpi Sahoo said, “I am happy to see my SAIoneers come back to school and have fun while learning, for SAI International what matters most is the happiness of each child and hence we designed ‘SAI Kaleidoscope’, which helped each child to enhance their innate talent and learn the 21st century skills to become the future leaders and build a better India”.

Badminton knock out matches were also a part of the SAI Kaleidoscope through the 25 days. There were numerous workshops on time management, crisis management, stress management, anxiety management post pandemic and many more conducted by expert for all the students, class wise. On the day of the valedictory ceremony the tiny-tots of SIRS put up a very beautiful dance programme enthralling the audiences.

iednewsdesk Apr 12, 2022
Globally, more than 37 million people were living with HIV in 2020, including 19 million women of childbearing…

UCL: Sense of purpose is linked to reduced risk of dementia