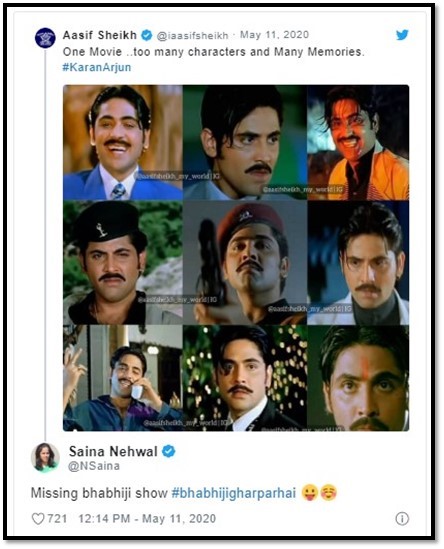 Mumbai: We all know Aasif Sheikh as the most talented and versatile Bollywood and television actor and the flirtatious padosi of &TV’s BhabijiGhar Par Hain. But did you know that Vibhuti Narayan has found admiration from none other than ace badminton player SainaNehwal? Yes, you heard it right! The badminton player is missing the popular show, BhabhijiGhar Par Hain and recently expressed it on one of Aasif Sheikh’s tweet.

Reminiscing his Bollywood days, Aasif has shared a post where he is seen in the role of Suraj from the famous film Karaj Arjun. Captioned “One Movie ..too many characters and Many Memories #KaranArjun”, the post is a collection of different looks played by him in the movie. The image attracted comments from all his fans including Saina who is missing the fresh episodes of the comedy show BhabhijiGharPar Hain.

APM Terminals Pipavav recognized as a ‘Great Place to Work’

iednewsdesk May 18, 2022
The University of York is to be the location for a new £1.5m solar farm project.Located at the University's new…