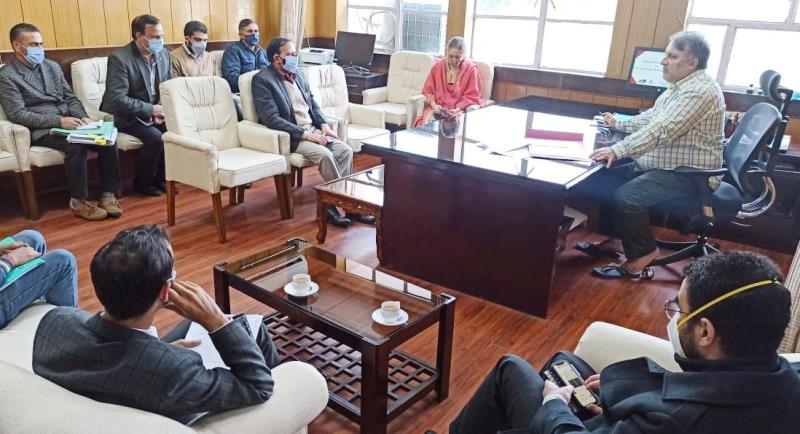 The meeting also discussed the possibility of imparting training to the Pass outs of various Industrial Training Institutes (ITI)s of J&K in production of Solar Panels and Solar Street Lighting products through ITI Limited, considering the growing reliance on the solar based energy solutions.

At the outset, the Principal Secretary Skill Development called for encouraging the use of solar based products like lights, heating solutions etc among the masses. He said that the growing reliance on Solar based energy solutions are being witnessed worldwide for it being the most reliable renewable energy source.

After taking inputs from the stakeholder departments, Brig Chauhan, on behalf of ITI Limited, presented a power point presentation highlighting the areas in which ITI Limited is having an expertise.

The MD Skill Development Mission was asked to consider empanelment of ITI Limited under Pradhan Mantri Kaushal Vikas Yojana (PMKVY) for training of local youth, including ITI pass outs, after following due procedures laid on the subject.

The Director, Skill Development was directed to liaise with ITI Limited for sponsoring the trainees under STRIVE Project for imparting them training in courses offered in ITI Limited like optic fibre technology, lab technician courses etc.