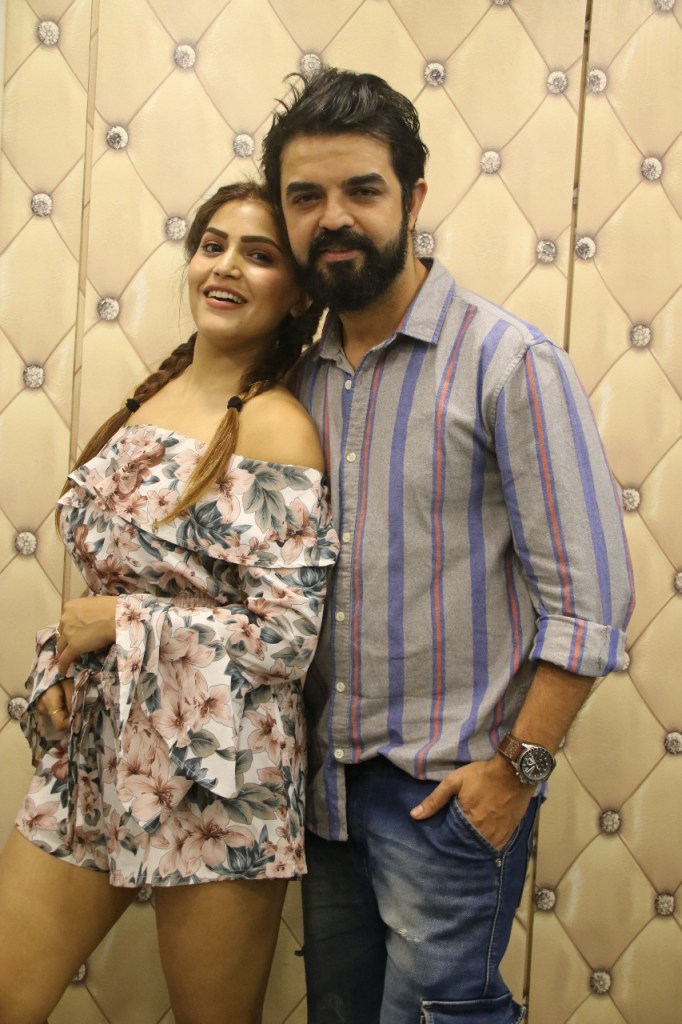 Sanjay Sirohi now becoming Actor Nikhil Chaudhary Said today marks a new chapter in my life. I’m so grateful and honoured to be a part of this amazing romentic Song ” JUGNU ” and a part of
@ griebs music . I have a long tough journey ahead of me where I will experience both the high and low. I’m very exciting and looking forward for your support to start this journey of my life.

Talking about upcoming song jugnu Chakir Hussain approached me for this song. I feel it’s very beautiful lines and Composition of the Song That I hooked up to it and we worked really hard while making it. We are in talks with one of the Top Music labels to present that song. “Jugnu” has been sung by Abhijit Sawant and Music Is Composed by Anjana Ankur Singh Who is one of the Youngest Composer of Bollywood Produced by Maddy films. It also features Divya negi. And directed by vijay Nayyar. We have shot this song in masoori.”

He has featured in a Music video Tu Laazmi ” which released in March 2020 and one has also released in March before Holi, this song based on Holi. music video
Aai Re Holi Actor Nikhil Chaudhary, who next will be seen onscreen in a film titled ‘ Zaheen ’, has said that he is playing a parallel lead along with Aarya Babbar in a psycho-thriller film.

Talking about his upcoming film, Nikhil said, “I am working in a film named ‘Zaheen’. In that film, I am working with Aarya Babbar. I have a parallel lead along with him in it. It’s a psycho-thriller film. I had a nice experience working with him. I am feeling really excited for it and it is going to release very soon.”

Talking about his background, Nikhil said, “I basically belong to a small village near Meerut, Uttar Pradesh. I was always into acting and dancing since my school and college days. After finishing my college, I went to Delhi to do a job at garment export company. During that period, I thought that I should do theatre in Delhi.”

Talking about his struggle in Mumbai as an actor, Nikhil said, “I came to Mumbai to begin my acting career. I have been in Mumbai since last 4-5 years. I have worked in theatre groups over here. I have also done anchoring shows, dance events and live shows. I continued giving auditions and most of the times, I used to fail in those auditions. Then, I started feeling that may be I am not worthy enough to act in films.

But I think hard work and luck plays important role in the success of a man so, I am trying my best to sustain in this industry.”