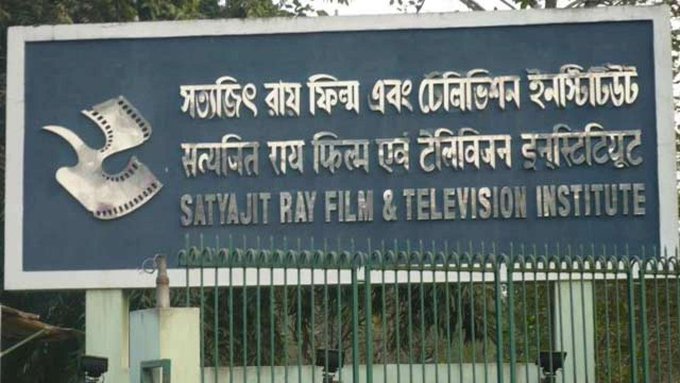 By India Education Diary Bureau Admin On May 2, 2021
Share

New Delhi: Satyajit Ray Film and Television Institute organized the virtual convocation ceremony on Sunday, May 2, 2021. The day also marks the beginning of the yearlong birth centenary celebration of the film maestro Sh. Satyajit Ray. “This day is very significant to us as Satyajit Ray Film and Television Institute presents the nation with the bunch of new filmmakers”, says Professor Amaresh Chakrabarti, Director In-Charge of the Institute.

The simplicity and directness in Ray’s filmmaking style is also perceived in the early ventures of these young filmmakers. Commissioned and produced by the Institute, a total number of twenty-one dissertation films and their student crew receives honors, comprising six films from Animation Cinema, five films from Electronic and Digital Media Wing and ten films from the film wing. Amongst this wide spectrum of narratives, Like a Midnight Dream (Oru Paathira Swapnam Pole), a dissertation film by Sharan Venugopal, is recently awarded Best Film on Family Values in the 67th National Film Awards by Directorate of Film Festivals, Government of India.

The Chief Guest of the ceremony, Ms. Aparna Sen, an eminent actor, filmmaker and Padma Shri awardee, congratulates the graduates for completion of their formal education in various disciplines of cinema and allied audiovisual medium.

In the valedictory speech, She also shared her memories with Ray, “it is doubly auspicious as the day marks the beginning of the centenary celebrations of the master auteur.” Satyajit Ray had been my mentor and it was a privilege to work in his films, she continues. “After reading my first script that I wrote, Ray pushed me to write to Sashi Kapoor and approach him as a producer”. Ms. Sen made her cinematic debut as an actor in Ray’s Three Daughters (Teen Kanya, 1961).

Named after the legendary film maestro Satyajit Ray, the Institute has emerged as a center of excellence which offers post-graduate program in Cinematic and television studies. Satyajit Ray, a genuine artist, made Indian cinema worth of serious attention for the first time in its history. With cinema as a language that tales the tale of life in the most neo-realistic manner, the graduates of the Satyajit Ray Film and Television Institute are encouraged to form their own worldview and portray the same on to the screen.