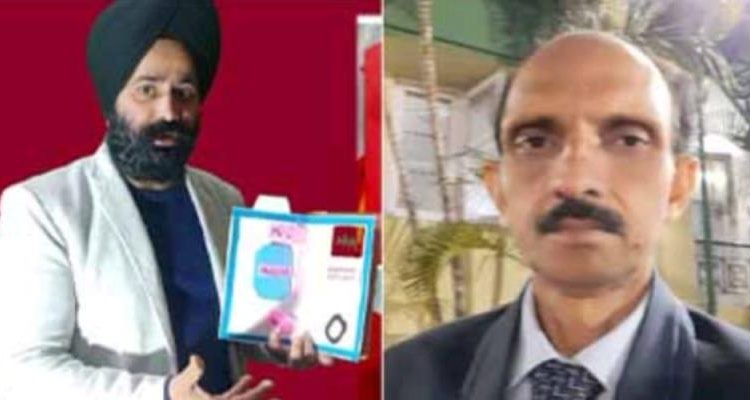 KATHUA: Another pearl in the string of achievements of district Kathua was added with the selection of Harpreet Singh, a teacher posted in GHS Logate, to represent the UT at the 2nd National Indian Science Techno Festival 2022.

Under the umbrella of ‘Azaadi ka Mahotsav’ several activities & events are being organised across the nation with the active participation of students, teachers, officials and other stakeholders.

The Indian Science Techno Festival (ISTF 2022) was organized by the combined council in the last week of January in which teachers and students interested in Science and Mathematics participated and competed at the national level on virtual platforms.

Many teachers from the Union Territory of Jammu and Kashmir also participated in the competition after a grueling selection process at zonal & district and a total of two teachers were selected to represent the UT at national level.

Arshad Hussain from Kishtwar district and Harpreet Singh of Kathua district outshined other competitors and ensured their place in mathematics and science subjects respectively & were placed among the top ten selections for the national level competition.

University of Sydney statement about industrial action on…

The next stage of the competition was organized from 15th to 18th February, 2022 and results are awaited.

Singh had represented UT under the category of prestigious Innovative Teaching Model Material Presentation Competition at ISTF 2022 and was hopeful of winning the gold.

It is a matter of great joy for Kathua district and P.L Thapa, Chief Education Officer of Kathua, while congratulating him, boosted the morale of Mr. Harpreet Singh (teacher) and wished him good luck so as to continue progressing in the field of science in future also.

Along with this, he also assured Harpreet all possible cooperation from his office.

P L Thapa said that teachers of the district should take inspiration from Harpreet and should participate enthusiastically in such competitions.

In a conversation with the team of Media and Community Outreach Cell, Kathua district, Harpreet Singh said that this competition was a great medium to bring innovative ideas in the field of science onto the public platform and not only the students but also the teachers can bring the scientists hidden inside them to the forefront.

Harpreet informed that Kuldeep Gupta has been instrumental in not only providing the much-coveted platform but also in encouraging & guiding the teachers and students to come forward to explore their talents. With his efforts, two of the teachers from the Government schools of Jammu secured bronze medals in TLM convention at national levels in ISTF2021 & two students of state secured silver medals in science model representations in the same event. The main mission for him is the upliftment of teachers and students of J&K in particular and of the nation in general.