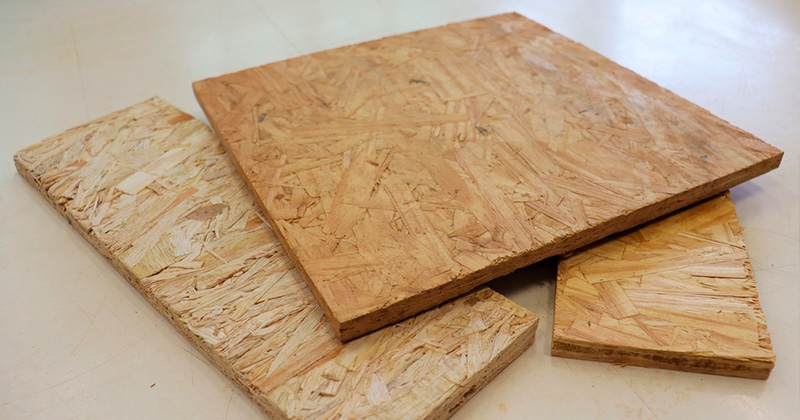 New Delhi: According to the Brazilian Tree Industry (IBÁ), approximately eight hundred thousand tons of tailings are generated annually in Brazil from wood production in the Northern region of the country. and even side pieces of the log, are usually burned after the extraction process, causing damage to the environment due to the emission of carbon dioxide into the atmosphere. As a way of solving this problem, researchers from the São Carlos School of Engineering (EESC) at USP managed to propose a new destination for these wastes, using them to build a type of panel made from tree chips (OSB) known for its use in civil construction, furniture manufacturing, packaging and decoration production.
“The study was designed based on the fact that every OSB panel in the world has as raw material the tree trunks of planted forests, in general of species of the genus Pinus , a type of pine. The large volume of tailings from these logs had not, until then, been considered for the production of the material, which adds value to a waste that is usually discarded, in addition to drastically reducing the negative environmental impact generated by its indiscriminate burning, which contributes to the increase of the greenhouse effect, ”explains Francisco Antonio Rocco Lahr, one of the authors of the work and professor at the Department of Structural Engineering (SET) at EESC.

The researchers say that the process of manufacturing OSB panels from waste is simple and fast. After receiving samples of waste donated by sawmills in the North, USP scientists used equipment (disc chipper) capable of obtaining chips from this discarded wood, which are then mixed for five minutes in a mixer with a type of glue based on castor. After the procedure, the material is pressed for another eight minutes at a temperature ranging from 95 ° C to 100 ° C, giving the product its final shape.


OSB panels can be used for interior decoration – Photo: Blog da Arquitetura
After the panel was produced, it was necessary to assess its physical and mechanical characteristics to find out if it was viable to be marketed. “The main tests we carried out were to determine the strength properties, the degree of stiffness and the influence of moisture on the panels. In the results obtained, they had an excellent performance, showing themselves qualified to be used in several structural applications, since they meet the requirements established by the Brazilian Technical Standards Association (ABNT) ”, adds the professor.


Author of the research, Isabela holds a doctorate at USP – Photo: Isabela Araújo – Personal archive
The study was carried out at SET’s Wood and Wood Structures Laboratory (LaMEM), in partnership with the University of Porto, in Portugal. Principal author of the work, researcher Isabella Imakawa Araújo, doctoral student at EESC, says that the wood species used in the project for the development of OSB panels are among those that generate the most tailings in the sawmills of the North, the main wood producing region in the country. The species studied in the study were: cambará ( Erisma sp .), Cashier ( Simarouba sp .), Tatajuba ( Bagassa guianensis ), tauari ( Couratari oblongifolia ) and cedroarana ( Cedrelinga catenaeformis ).

The scientist explains that she developed both panels using isolated species and mixing more than one in the same piece, which always had three layers, with the chips being positioned in different directions in each of them. The castor-based glue used to adhere to the panel layers is more sustainable and, unlike conventional ones, does not have carcinogenic properties, such as formaldehyde. In addition to being able to be reused, the “natural adhesive” still has the advantage of being processed at a temperature of 100 ° C, while traditional glues need to reach up to 180 ° C, requiring a much higher energy expenditure. Even so, synthetic adhesives are still the most used by companies.

The idea of ​​conducting the research came after visits made by Professor Rocco to universities in the North, opportunities in which he closely observed the local wood production process, with large amounts of tailings being transported for burning, which aroused interest in try to use the material that would be discarded for the manufacture of the panels. To get an idea of ​​what the amount of waste generated per year in Brazil represents (eight hundred thousand tons), the only chipboard factory in the country, located in Ponta Grossa (PR), produces about 240 thousand tons of product annually , that is, approximately three times less than the number of waste generated.