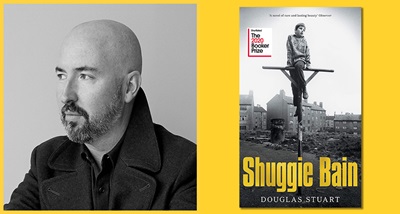 Scottish writer Douglas Stuart has won the 2020 Booker Prize for fiction with his debut novel Shuggie Bain, which described a boy growing up in Glasgow in the 1980s with a mother battling addiction.

Stuart, 44, who won the 50,000 Pound prize after being announced the winner by chair of the judges Margaret Busby, delivered an acceptance speech.

Based on his own childhood, Stuart’s book is described as a searing account of the boy growing up in Thatcher’s Glasgow. He dedicated the book to his own mother, who died of alcoholism when he was 16. The Booker Prize shortlist also included Indian-origin writer Avni Doshi’s novel ‘Burnt Sugar’.

First awarded in 1969, The Booker Prize is considered one of the leading prizes for literary fiction written in English. The list of former winners features several of the literary giants of the last five decades: from Iris Murdoch to Salman Rushdie, Kazuo Ishiguro to Hilary Mantel.