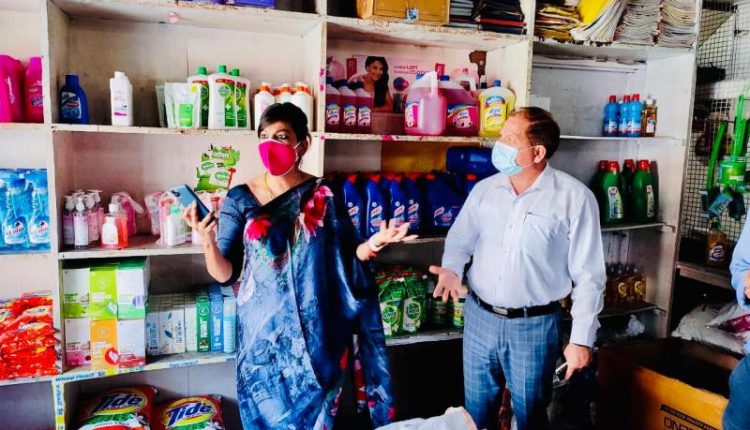 Secretary Cooperatives, Yasha Mudgal Inspects several establishments of the department in and around Srinagar

SRINAGAR: Secretary Cooperatives, Yasha Mudgal today stressed on the officers to prepare the roadmap for boosting the business of Cooperative Super Bazars here in J&K. She asked them to modify these business establishments on modern lines so that both the footfall and transparency increases.

Mudgal impressed upon the officers to release the funds forthwith for the renovation of these Super Bazars. She asked them to revive the business of these cooperative stores using IT tools. She asked them to utilize the spaces optimally as all of them are at prime locations in major cities and towns of J&K.

The Secretary impressed upon them to make the premises of these stores hygienic and attractive so that people prefer visiting superbazars. She asked them to clean the premises on daily basis, display the products in a presentable way and offer lucrative discounts to the consumers.

She asked them to register all the Super Bazars on the GeM portal so that they are able to do secure business with government offices and other organizations. She further directed them to train the sales staff of these super bazars so that they motivate and serve the customers better as is done in other popular private retail chain outlets.

The Secretary further directed the officers to send the scanned files to stores and auction the items rendered unusable in the offices. She asked them that the task should be completed within a month so that administrative inspections are carried out after that.

The Secretary was informed that there are 7 super bazars in the UT that have done a cumulative business of about Rs. 3038.44 lakhs during the previous financial year despite getting affected by covid-19 pandemic with a profit of Rs 52.93 lakhs during this period.

It was further reported that the department has prepared a plan of refurbishing these stores at a cost of 50 lakhs each for which DPRs have been vetted. It was said that the works would be taken up shortly and completed during the current working season itself.

At Kashmir Cooperative Printing Press the Secretary asked the staff to make a revival plan and upgrade the machinery of this oldest printing press of the valley. She asked them to introduce automation and digital printing besides asking other cooperatives to carryout their printing jobs from the very press.

At JaKFED Gas Godown the Secretary asked the officers to verify the title of the property and carry out its evaluation as per market rates. She said that such a property could be of great use if capitalized properly.

Besides the Secretary reviewed the liquidation process of JaKFED properties and asked the constituted committee to submit the report till the end of this month.