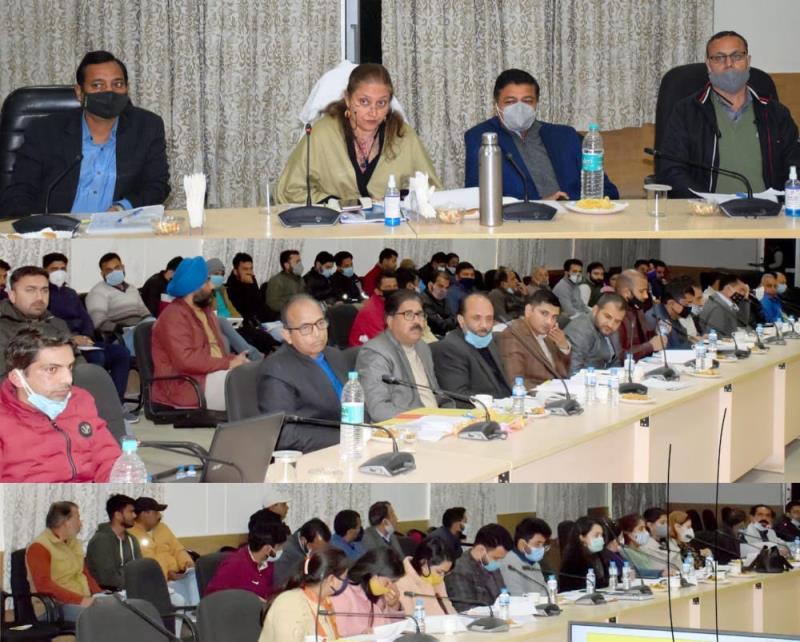 At the outset, the District heads of RDD presented the District wise/Panchayat wise status of works taken up under various schemes of RDD. The Secretary took a comprehensive review of the progress on various schemes initiated in the Districts under rural development sector including Pradhan Mantri Awas Yojana (PMAY), MGNREGA, payments of wages, Aadhaar seeding, job card and other schemes.

The ACDs of district Samba and Kathua appraised the Secretary about various targets achievements, ongoing works, pendency and other issues in their respective District.

Sheetal Nanda assured that state government will provide all possible financial assistance to the districts to uplift rural infrastructure.

She directed the officers to work with added dedication for making the blocks under their jurisdiction as model blocks and also set timeline for achieving the targets.