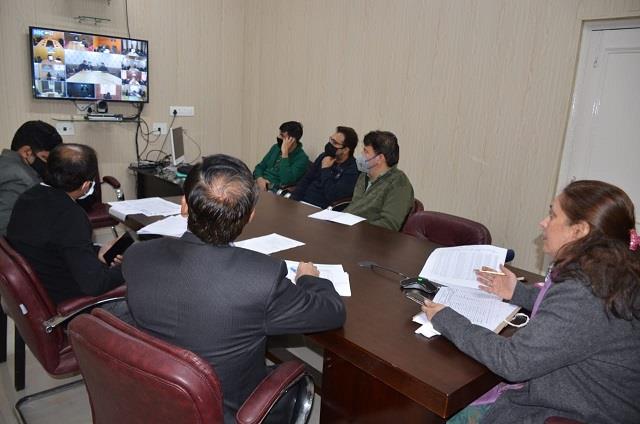 Director Panchayats, Rakesh Kumar Srangal, Director RDD, Jammu, Sudharshan Kumar and DPO, Jammu, Abdul Khabeer were present in the meeting while all the Assistant Commissioners Development and DPOs attended the meeting via video conferencing who apprised the Secretary about the details of the works taken up and expenditure incurred thereof.

During the meeting, threadbare discussions were held regarding various issues hampering the progress of projects under execution. The meeting also assessed progress on uploading of 14th FC on e-Gramswaraj portal and ongoing works.

Secretary was apprised of the district wise status of works taken up under the programme.

Secretary exhorted upon the ACDs and DPOs to gear up the pace of works in their respective districts to achieve the set targets, particularly in the districts which are lagging behind in respect of several works.

Promote livelihoods of SHGs under SFURTI Scheme: Dr Sehrish to…