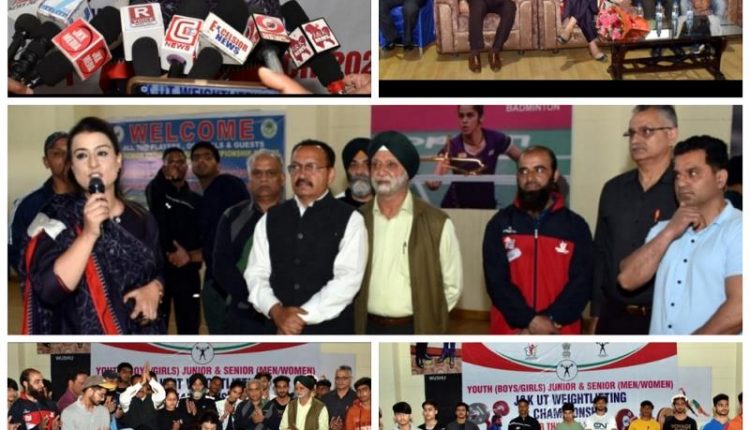 Speaking on the occasion, the Secretary reiterated that the sound mind dwells in the sound body and the best brains are the key to the progress of the country, in fact, they are the assets that need to be preserved and respected. She said, “I am here to offer my respect to all the players and others associated with the sports and to fulfill my promise of taking J&K to new heights when it comes to sports and thus contribute towards making our union territory a vibrant society”.

She also assured the participating players and the members of the J&K Weight Lifting Association of full support of the government for the promotion and expanding sports base in all the districts of the union territory. The Secretary also announced the plan to provide weight lifting sets at all district level centers to attract more and more players toward the game.

She also promised to provide international weight lifting sets for the conduct of the championship in the union territory and also for the promotion of the game and to provide an international standard sports ecosystem to the youth of J&K.

Players and other sports enthusiasts who attended the function in large numbers appreciated the role of J&K Sports Council for keeping the best possible facilities at disposal of the athletes.