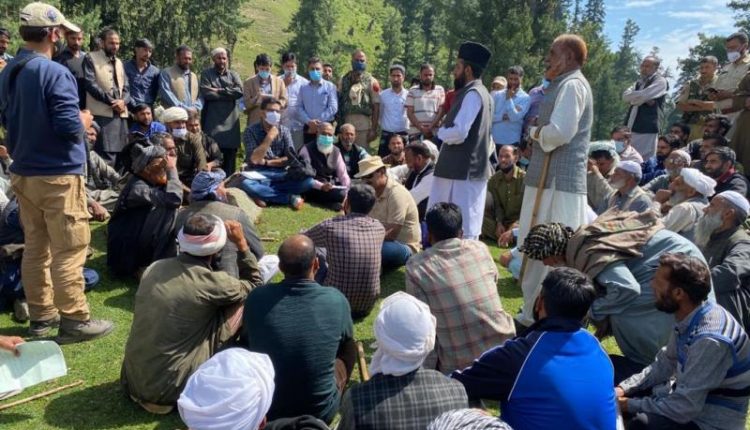 Feedback was obtained about various projects and comprehensive awareness session was conducted about various welfare schemes and infrastructure projects launched by the tribal affairs department for tribal communities including special schemes for migratory population pursuant to recent survey conducted for resource planning.

Dr Shahid held detailed discussion with the local tribal families and informed about various initiatives approved by the Government for their welfare including establishment of transit accommodation at Peer Marg and Dubjan, shelter sheds , sheep farms, provision of solar light, repair of hutments and infrastructure development. He also briefed about two residential schools being planned by the Government for children migrating with families. The move is aimed at ensuring uninterrupted quality education.

The Tribal Affairs Department is also providing mobile hospitals for healthcare of nomadic families and veterinary mobile units to be placed near highland pastures. It was also discussed to provide LPG cylinders and burner to all the families for clean energy regime and strengthening conservation efforts. Wildlife Deptt and WWF offered to make many efforts for welfare of tribal community linked with conservation