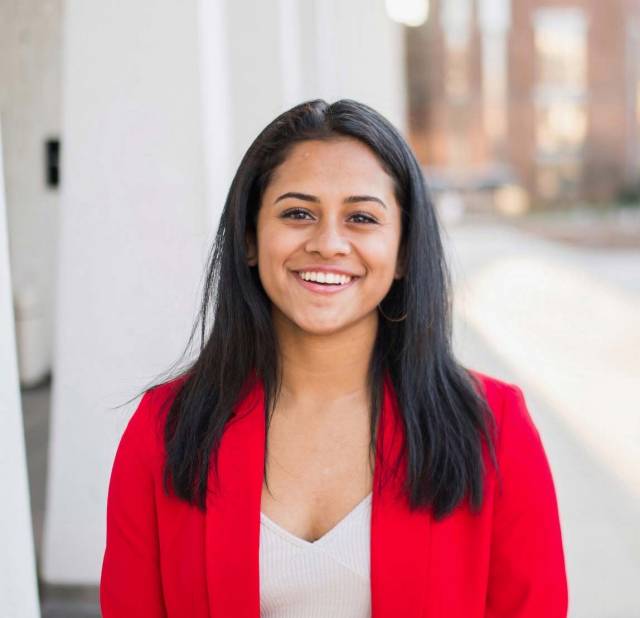 Seniors Forte and Iyer recognized for their service to Princeton, Class of 2020

The University will host a virtual Commencement ceremony for the Class of 2020 at 1 p.m. EDT Sunday, May 31. A special in-person ceremony to honor the class is planned for May 2021.

Forte, of Modesto, California, is a concentrator in the Woodrow Wilson School of Public and International Affairs. He is senior class president and previously served as class treasurer.

He was a residential college adviser in Wilson College, a course fellow for the Freshman Scholars Institute, and the chair of the Princeton Alcohol Initiative.

Forte also served as the undergraduate representative to the Alumni Executive Committee and has been a member of the Campus Life Leadership Council.

He has enjoyed varied work positions while at Princeton, including an internship with the U.S. Department of Treasury, as an advising fellow for the college mentoring program Matriculate, and as the manager of the Princeton Ceramics Studio.

Lancaster University: A taste of Brazil in Lancaster…

Lancaster University: Vision for the future as pupils join…

Iyer, of Alpharetta, Georgia, is a computer science concentrator and a member of Forbes College. She has been involved in a wide range of activities across the University, ranging from advocacy to athletics and the arts.

She led the Princeton Menstrual Products Task Force for three years, successfully launching a University program to provide free menstrual products in Princeton restrooms, and has assisted over a dozen other universities in launching similar initiatives. She is also the founder and director of “Period Palooza: A Menstrual Equity and Innovation Conference,” and previously served as a U-Councilor on the Undergraduate Student Government.

Iyer co-founded Representable.org along with four other Princeton students. The crowdsourced redistricting tool helps combat gerrymandering and improves redistricting efforts across the county.

A member of the campus arts community, she performed with DiSiac Dance Company and Princeton Bhangra. During her first two years, she also competed as a member of Princeton Women’s Rugby Team.

In addition, Iyer has held data science internships at Facebook, Tesla, and the Associate of American Medical Colleges.

More awards for seniors in the Class of 2020 will be announced throughout this week.

Countries failing to stop harmful marketing of breast-milk substitutes, warn WHO and UNICEF