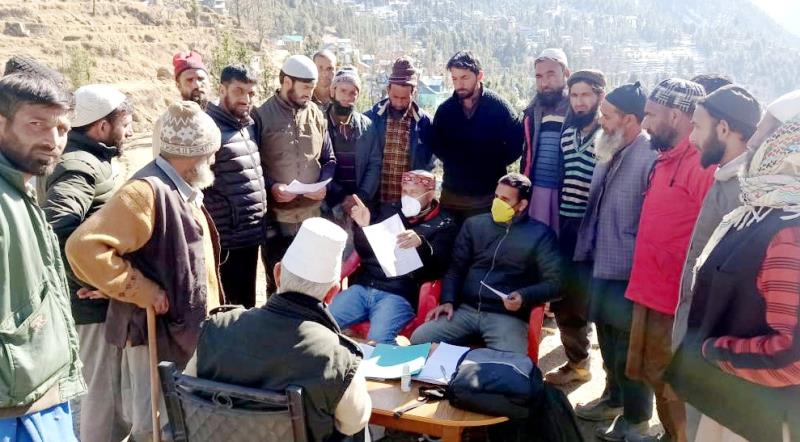 Bonjwah: A series of outreach camps were today organised here in Block Bonjwah to make Farmers aware about the agriculture sector schemes.

DLTFC meeting for MY initiatives held at Shopian; 600 Youth…

During these camps, the farmers were educated and sensitized about the various centrally and state sponsored schemes meant for the uplift of farmers, which primarily focus on PM Kisan Samman Nidhi and other Centre and State Scheme.

The main thrust of the camp was on providing the doorstep services to the farmers, who were facing problems regarding the correction in the names and Bank a/c and Aadhar seeding.

New registration forms were distributed to the eligible farmers and 150 filled in application forms were collected on the spot. Farmers & PRI members appreciated the Department of Agriculture for facilitating the farmers of far flung areas at their door steps.

DLTFC meeting for MY initiatives held at Shopian; 600 Youth to be provided…