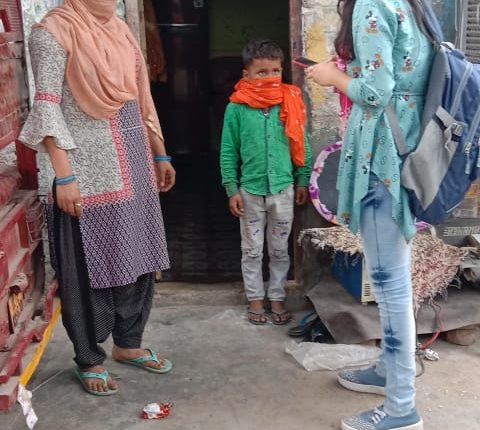 New Delhi: In response to the growing concerns of young children’s developmental health & well-being due to the rising levels of pollution, Sesame Workshop India Trust has rolled out an environmental initiative Mera Planet Mera Ghar. Supported by Clean Air Fund, the initiative is focused on bringing forth the environmental concerns of 10,000 children from low resource communities of Delhi. To reduce the developmental risks caused by the impact of pollution, children from as many as 28 localities of Delhi were surveyed by Sesame Workshop India Trust over 4 months to understand the environmental concerns faced by them, for which they could be supported by adults at home and in communities.

Supported by Clean Air Fund, Sesame Workshop India is hosting 4 advisory meetings of children with local leaders in 4 locations – Bhalaswa JJ, Narela, Nizamuddin and Sunder Nagri in which children will present their concerns on the environment in their localities with the respective local leaders. Children will also be seen presenting possible solutions in response to environmental concern.

Sesame Workshop India’s Mera Planet Mera Ghar initiative keeps the developmental health interests of children at its heart, while addressing the issue of environment that is detrimental to children’s overall health and well-being. And it is because of the same reason that India Climate Collaborative supported it in its earlier phase.

To address the pervasive impact of pollution on children, Sesame Workshop India partnered with non-profit organizations like Action India, Child Survival India and Chintan Environmental Research & Action Group who helped us administer the responses from almost 10,000 children of low resource communities in Delhi. Experts from Chintan also helped in designing the survey with child friendly visuals, in an age-appropriate way so that children could respond to the survey with ease.

Deepa Bajaj, Chief Executive, Child Survival India said “We generally feel that young children will not be observant about complex issue like environment and air pollution but this survey was an eye opener for us as children were pretty vocal about things like garbage burning , pollution from factories nearby and the vehicular traffic .It was challenging to record children’s responses amidst the pandemic but children were thrilled and enthused to share their concerns passionately and we are happy that we have been able to help their voices get to Sesame Workshop India that’s sincerely looking at the impact of pollution on children’s health and well-being.”

Mr. Rajneesh Tyagi, who has been leading this project at Chintan India said “Young children, especially those who live near landfills or spaces with mounts of waste are particularly vulnerable to the impact of air pollution as their respiratory systems are still developing as compared to adults and they are exposed to hazardous material in the air. Hence, it is important that the environmental concerns impacting them are brought to the forefront and heard. We congratulate Sesame Workshop India for this initiative and are glad to be partnering with them.”

On supporting Sesame Workshop India with Mera Planet, Mera Ghar, Reecha Upadhay, Head of India Program, Clean Air Fund said “We are proud to partner with Sesame Workshop India Trust to empower young children of Delhi who are the most vulnerable to health impacts of air pollution. By supporting Mera Planet, Mera Ghar, we are happy to support community action on air pollution.”

Giving a platform for children to raise their voices, Sonali Khan, Managing Trustee, Sesame Workshop India Trust said “Lack of access to clean air, potable water, health and education impacts the children of lower socio-economic background far more severely. Hence, to safeguard children’s well-being and health, Sesame Workshop India partnered with our implementing partners to engage with almost 10,000 children of Delhi’s low resource communities and help them champion the change by giving them a platform to raise awareness on environmental concerns in their communities and share them with their area’s local leaders.”

Children in communities were surveyed in the two age groups, i.e. 6-8 years and 9-10 years. The following environment related concerns were highlighted by 6-8 years age group:

· 46.94% children shared that all individuals no matter where they reside, should be able to access potable water within 500 meters of their homes.

· 22.10% children believed that bicycles should be promoted as a means of transport and should become cheaper.

On the other hand, in 9-10 years group, following concerns emerged to be of key importance that have been shared by children before the local leaders:

· 26.96% children said that bicycles should be promoted as a means of transport and should become cheaper.

· 26.40% children felt that all individuals no matter where they reside, should be able to access potable water within 500 meters of their homes.

· 20% children demanded ban on widespread use of fireworks and to create special zones for fireworks displays.

To summarize, it can be said that the dominant finding across both the age groups indicated that children want a cleaner air and surrounding for themselves since they have clearly emphasized upon the use of bicycle, curb on burning garbage or firecrackers, all of which if implemented can help in reducing the levels of air pollution.

Sesame Workshop India Trust has been working to address the developmental & educational needs of children in the age group of 3- to 8-year-old children for the last 15 years via its various interventions focused on WASH, power of play, responsive parenting, health and gender. However, since environmental risks also impact the overall health and well-being of children, the organization’s intervention with regards to environment is what is needed by the urban cities with high levels of pollution. Focused on amplifying children’s voices about the environmental concerns by means of the advisory meetings and an in-community campaign is aimed at motivating adults and children’s caregivers to pay attention what children are saying so that every action of theirs is informed and in the interest of a happier, healthier and greener future.