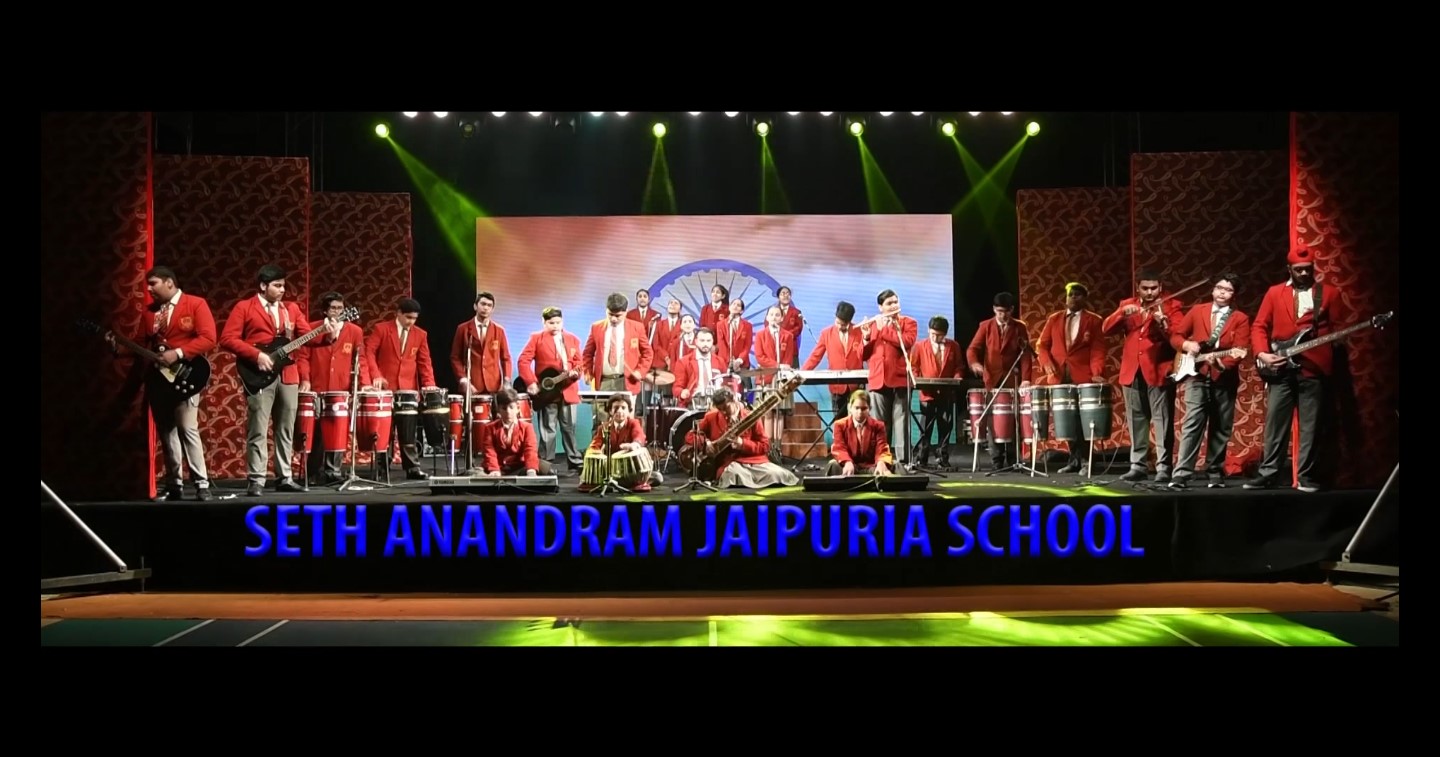 Kanpur: In spite of the pandemic, Seth Anandram Jaipuria School, Kanpur’s spirit remained unwavered. Standing strong, the Jaipuria family successfully hosted its 46th Founders’ Day to honour the legacy of its institutors. Thriving in these trying times, the entire event was executed with exuberance virtually, with online rehearsals and live and virtual recordings.

To abide by the social distancing guidelines given by the government, the affair was sundered into two days. On 26th November, 2020, the junior students put up an enthralling virtual show and on 27th November, 2020, the seniors carried this noble legacy forward. The Jaipurians were honoured to be virtually present with Mr. Sonam Wangchuk, an esteemed engineer, inspiring innovator and education reformist on the second day. He is the founding-director of the Students’ Educational and Cultural Movement of Ladakh. On the first day, Darsheel Safary, winner of the Filmfare Critics Award for Best Actor for the critically acclaimed drama Taare Zameen Par, graced the audience. Ms. Rajbir (Bubbles) Sandhu, School’s Support Director, South Asia and the Gulf, of the Round Square Organisation also attended the evening.

The event was also graced with the presence of Mr. Shishir Jaipuria, Chairman of the Jaipuria Group of Institutions, who is one of India’s leading educationists and the Chairman of Ginni Filaments Ltd.Principal, SAJSK-Mrs. Shikha Banerjee proudly presented the achievements of the school of the session which was conducted virtually, owing to the Pandemic. These unprecedented times have taught us that the Covid-19 pandemic is just a state of the mind and that everyday in life is a blessing. Therefore, we celebrated Founders’ Day 2020 as ‘Samaroh-The celebration of Life.’ Crossing all barriers, the mighty Jaipurians also conducted a virtual art exhibition- Kalakriti. With maximum student participation, Founders’ Day 2020 became a cultural extravaganza.

From dance to dramatics, every cultural activity was displayed with utmost grace. For a service of 10 or more than 25 years, teachers were felicitated and honoured. Dr. Uttiyo Roy Chaudhary and Mr. Rajeev Bajaj, alumni of this school also graced the event and shared their story of insight and dedication with the students. Starting on a jovial note, the Junior Hindi Choir recited a comedic verse ‘Aavriti’, highlighting the benefits of allowing the mind to occasionally relax amidst the pandemic.

On the other hand, the senior students of the school portrayed the magnificence of the Mauryan empire- the era of economic evolution via a play- ‘Chanakya’s Vendetta’. No less than the seniors, the juniors exquisitely depicted iconic story tales. One, was based on the prominent narrative of the Emperor’s New Clothes and the other was based on the charming life of Cinderella. The students of the Hindi Dramatics Society also dedicatedly depicted the pros and cons of the present education system. Alongside dramatics, the Jaipurian maestro musicians were highly appreciated. While the instrumentalists amazed the audience with their breathtaking performances, the vocalists did not fail to astonish the audience with their mellifluous voices.

The event ended on 26th and 27th with the Grand Finale where the students of the Junior and Senior school respectively performed dances celebrating the splendour and variety of the Indian culture and traditions. The dynamic acts showcased the zeal and enthusiasm of the students and left the virtual audience awestruck.