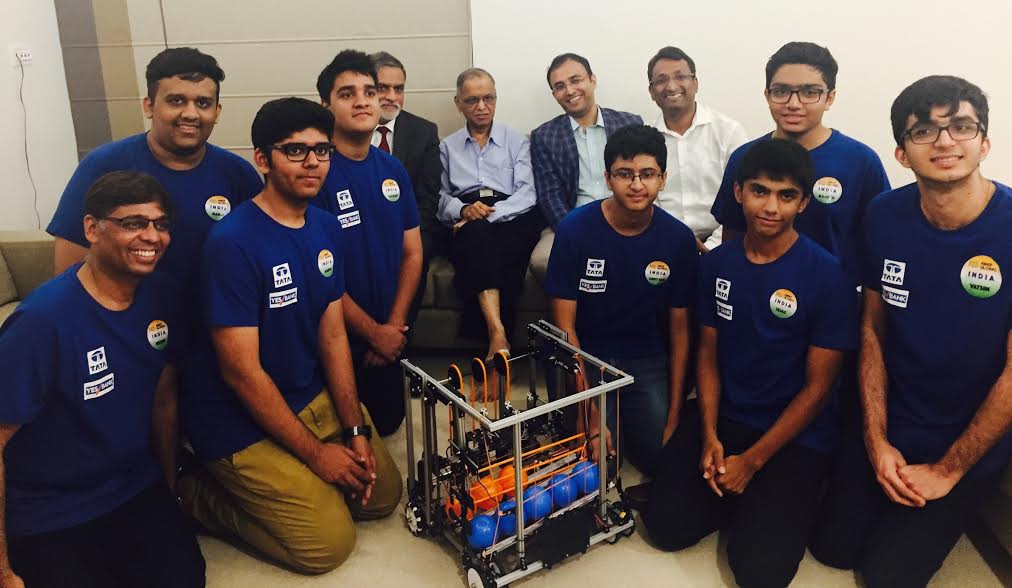 New Delhi: FIRST Global – The Olympics of Robotics is going to be held for the first time at a global level. 160 countries are participating in this 1st inaugural year of First Global Competition (FGC) 2017. Seven Mumbai students and 1 mentor have been shortlisted out of the 100 applications received. This platform will give them an opportunity to showcase the talent India possesses. Titled as the first robotics Olympics style competition, it aims at generating interest in STEM (Science, Technology, Engineering and Mathematics) among youth. The idea behind organizing this competition is to drive youth to innovate and create technology-led solutions for global social issues such as access to safe and clean drinking water. Team India is represented by students from schools like Jamnabai Narsee School, Dhirubhai Ambani International School, Utpal Shanghvi School, Oberoi International School and Ecole Mondiale World School.

Gagan Goyal, President, First Global India Committee, said, “While this is a great platform for students to showcase their talent and creativity, it also puts India on the global STEM leadership map over the next decade, or even more! We are grateful to the support we have received from leading corporate houses like Tata Sons, Tata ClassEdge and YES BANK.

Centre for Public Policy at IIMB hosts a public lecture by Prof. James Foster on July 11