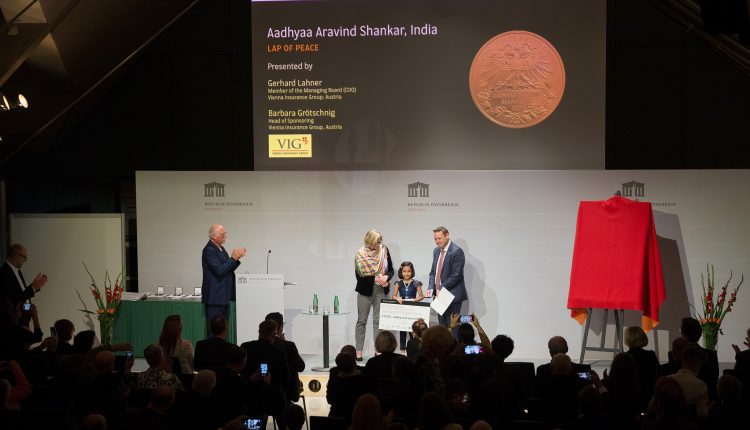 In a ceremony held at the Austrian Parliament last night in Vienna, a young girl hailing from Bangalore was awarded the Peace Image of the Year in the children category in the prestigious Global Peace Photo Award.

Seven year old Aadhyaa Aravind Shankar had traveled from India to receive the award. She was the first Indian ever awarded the prize in either the adult or children category. She received a diploma, a medal and a check of 1,000 euros.

The Global Peace Photo Award recognizes and promotes photographers from all over the world whose pictures capture human efforts towards a peaceful world. It is awarded annually by Lammerhuber Editions in partnership with UNESCO and the Austrian Parliament. This year, some 15,000 photographs were received, with Indian photographers as the largest group of contributors.

Aadhya was rewarded for a photograph entitled “The Lap of Peace”, which shows her mother in the lap of her grand-mother.