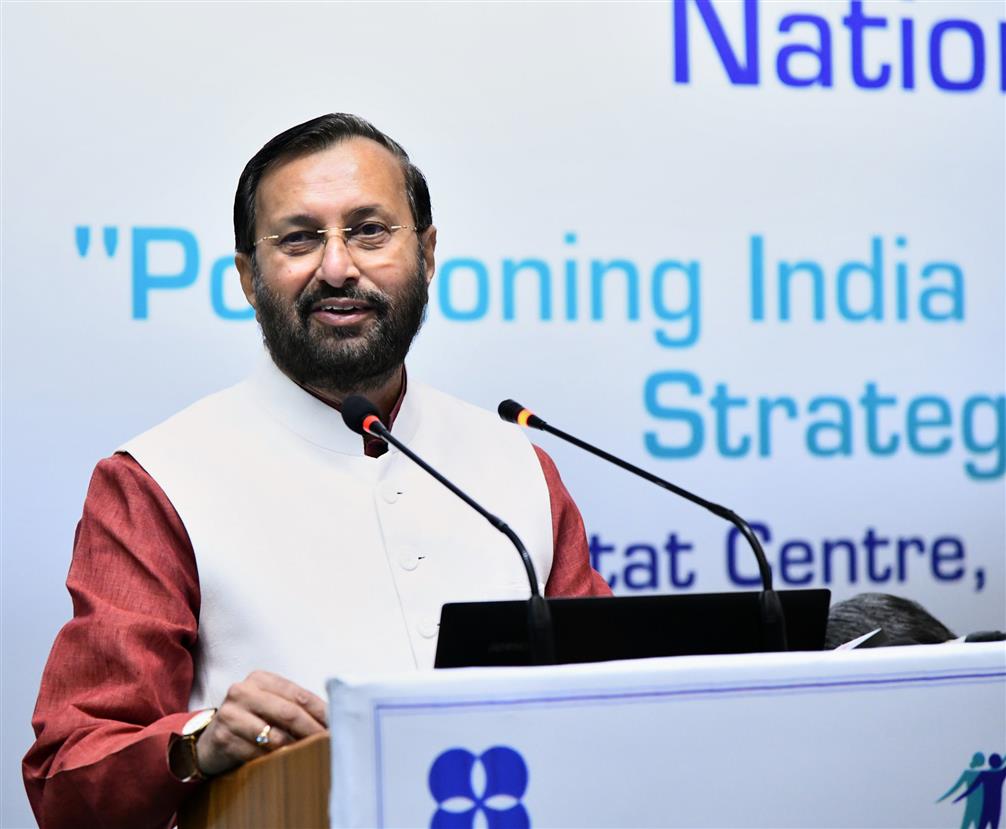 New Delhi: Union Minister for HRD Shri Prakash Javadekar has said that the government is committed to increase quality education in the country right from primary education to higher education. Mr Javadekar was speaking at the national Conference on ‘Positioning India on the Global Education Map’ in New Delhi today. In higher education, we have taken tremendous steps to improve college education, for this we are making accreditation process more scientific and tough. Government wants to increase the strength of NBA and NAAC so that more number of institutions can be accredited, the Minister added.He further said that government is open for other agencies to take the responsibility of accreditation and IITs and IIMs have been asked for the same so that more and more institutions can be accredited from reputed agencies.

The Minister said that ranking and rating increase competitiveness among institutions for better performance. He gave the example of National Institutional Ranking Framework (NIRF) and said that because of NIRF every institute has constituted an internal committee to improve the ranking. Students also see institutions ranking before taking admission, he added.

The Union Minister said that teacher is the most important component to increase quality educationin the colleges and universities. He said that attendance should increase in the classroom because of teacher’s skills not because of the infrastructure of the college. He further said that we are lacking good teachers in the institutions because good people are not becoming teachers. We have to attract good people for teaching profession and we have to give respect to teachers then only we can create a good learning environment in the institutions. Best teachers attract students to the institution not the best infrastructure, he added.

University of Texas at Austin: Study Offers Plan to Overcome…

Graded autonomy is another major step of the government to boost quality education in the country, the Minister said. Shri Javadekar explained that the universities will remain within the ambit of UGC but will have the freedom to start new courses, off campus centers, skill development courses, research parks and any other new academic programs. They will also have the freedom to hire foreign faculty, enroll foreign students, give incentive based emoluments to the faculty, enter into academic collaborations and run open distance learning programmes.

Beside these steps to promote quality education in the country we have increased budget amount for the higher education through HEFA, the Minister added. He said that India is improving its ranking in world class institutions but we want to enter in top 100 club of best institutions, therefore we are trying to make 20 Institutes of Eminence in the country, 10 each in public and private category.