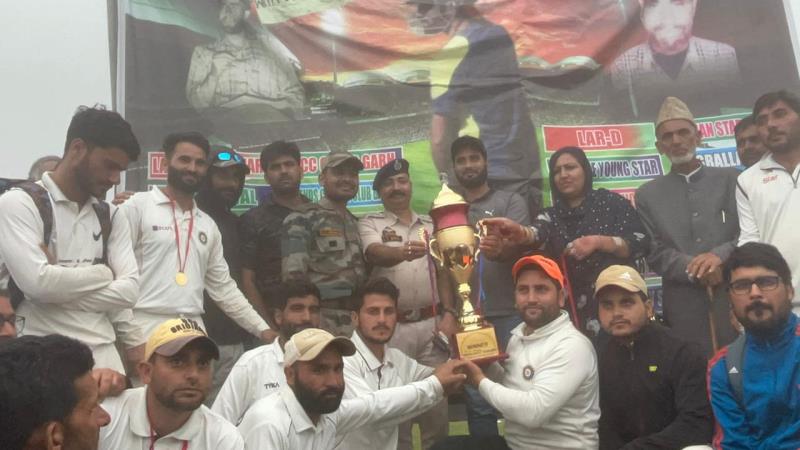 ZPEO Mahore, Doctor Amjad Bhat from CHC Mahore and other officials, besides a huge gathering of locals, PRIs and students from local institutions were present.

The Organizing committee thanked the District Administration Reasi to allow Organization of such a tournament in this historical and scenic place.

Locals also highlighted demands before the SDM Mahore like construction of road from Pagyala to Agsi,Mobile connectivity in Agsi,bringing Agsi and adjoining areas on the map of tourism,water connections and electricity connections for Agsi area beside other demands.

Later Prize distribution ceremony was held in which prizes were presented among the players, Umpires and other associated officials.

Locals also demanded permission to organise another tournament and a cultural event at Agsi after monsoons to which SDM Mahore agreed in principle.

Azadi ka Amrit Mahotsav is the ‘Sanskar Utsav’ for the current...