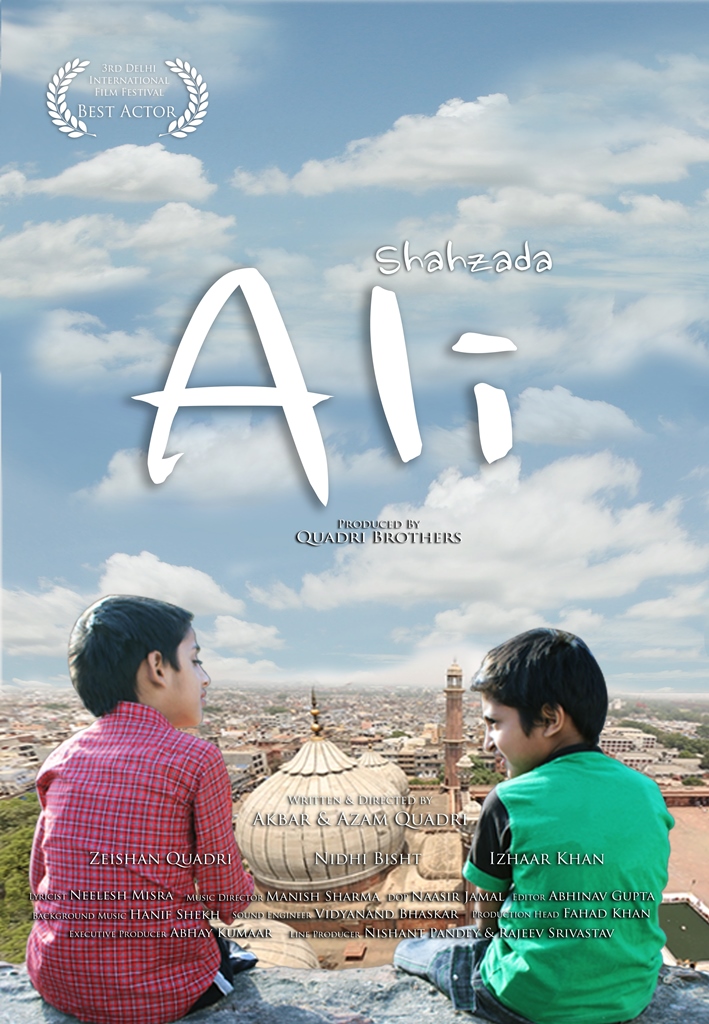 SHAHZADA ALI is a riveting tale of human drama

New Delhi: Shahzada Ali, written and directed by Akbar and Azam Quadri is now released on MXPlayer and is available to stream. Produced by Quadri brothers the film is being released for the first time to the public with earlier premiers at various film festivals. Ali is played by Izhaar Khan; Zeishan Quadri of Gangs of Wasseypur fame and Nidhi Bisht of The Viral Fever played Ali’s father and mother.

Shahzada Ali is a moving tale of an innocent boy who wants to enjoy and explore life but is curbed to play outdoor with other kids because of his physical ailment. Ali loves cricket and insists his father to buy him a cricket bat. But any form of physical activity is detrimental to his health. So his mother makes up a story and tells him that the kids who play a lot outside their home and don’t obey their parents are attacked by the Devil who resides in their heart and makes them suffer throughout their life. On the contrary, children who listen to their parents are blessed by God (Allah).

Born in Bundelkhand (U.P), Akbar and Azam Quadri are twin brothers who pursued Mass Media (Hons) from Jamia University, Delhi. Having a keen interest in literature and theatre they founded IPTA Jamia, and in 2007 founded Antraal theatre in which they directed about twenty plays and wrote many more.

Their illustrious career includes but not limited to, in 2008 directing the music album of famous rock band Euphoria; in 2011 working in Imtiaz Ali’s movie Rockstar; writing about a hundred stories in three years for 92.7 big FM’s talked about the show Yaadon Ka Idiot Box with Neelesh Misra. They also acted in Tigmanshu Dhulia’s movie Yara. In 2018 their story collection Parakhnali was published by Hind Yugm and is available on Amazon Audible.

Speaking on the story of the film, Akbar and Azam Quadri said,” Film was shot in Chhatarpur, Delhi, and is based majorly on the viewpoint of a child and the world he sees around him. There was a time when there used to be films made from the viewpoint of children but not anymore, and Shahzada Ali is an attempt to give voice to that viewpoint. Speaking about the main plot they said that children live in the world and in stories about which they are told, and the story of the film is about a child who believes and lives in the stories told to him.”

On the process of film making they said that it became a tedious process as it was their first film and they had to manage everything from production to the creative part to working with a child actor. The entire crew had to think like a child to work with Izhaar; this was a very different angle, and everyone had good fun in that process.

About the genre they said the film is a drama, a simple human emotional drama. They would not put it in the children film category, rather it’s a story being shown through the eyes of a child, how he sees and thinks, and also about parents, about how they deal and should deal with children.