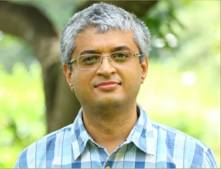 New Dehi: Glass is a non-crystalline, often transparent amorphous solid which is mostly formed by rapid cooling of its molten form. However, under certain conditions, during its formation, molten glass may rebel and transform to a crystal – the more stable state, an avoidable process called devitrification.

However, the process of devitrification remains poorly understood as this process can be extremely slow, and this makes it difficult to study it. Scientists have now visualized devitrification in an experiment, thus taking a step closer to understanding it. This could help avoid devitrification in processes of pharma industries – a sector in which dodging this is of paramount importance. This is because an amorphous drug dissolves faster than after devitrification,and ensuring that it remains amorphous is therefore essential during storage.

Using real-time monitoring of the particles with an optical microscope and machine learning methods to determine subtle structural features hidden in the glass, they identified a parameter called ‘softness’, which determines the extent of devitrification. They found that regions in the glass which had particle clusters with large “softness” values were the ones that crystallized and that “softness” was also sensitive to the crystallization route.

The authors fed their machine learning model pictures a colloidal glass, and the model accurately predicted the regions that crystallized days in advance. The authors suggest that techniques to tune “softness” by introducing impurities may help realize long-lived glass states, which has numerous technological applications. The research published in the journal Nature Physics can also help in vitrification of liquid nuclear waste as a solid in a glass matrix to safely dispose it deep underground and prevent hazardous materials from leaking into the environment

Payback is More for Companies Investing in Brand Building during Recessions