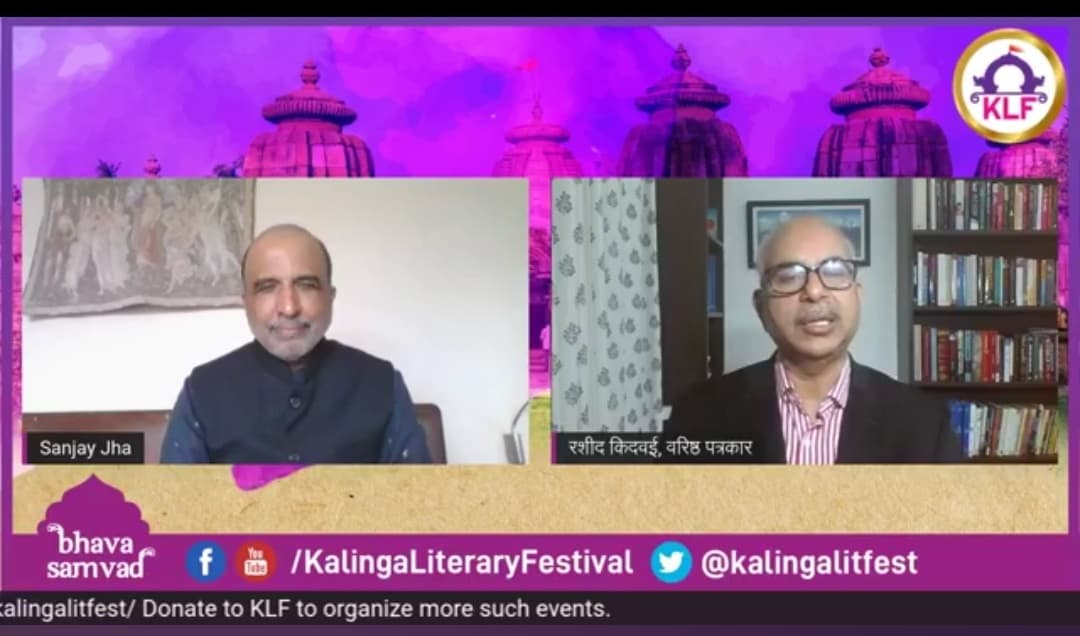 New Delhi: Former Congress Spokesperson and Author Sanjay Jha joined Kalinga Literary Festival Bhava Samvad to discuss about his book, The Great Unravelling: India After 2014 (Westland, 2021). The session was moderated by Senior Journalist and Political Analyst Rasheed Kidwai. Mr Kidwai is also known to be the foremost chronicler of Congress party, he is the author of books like Sonia: A Biography and 24 Akbar Road. Talking about his book, Jha mentioned, “I got very concerned about the country at one point. I feel India is an incredible country, great democracy. But it isn’t just the ruling government that will have stake in India’s future and so does the opposition. Every individual voice matters.”

Further he adds, “1984 riot was an ugly face of our great country. The political leadership of the country is responsible for the kind of democratic culture the country has. The Gandhis have a degree of apprehension on whether Congress would contribute to remain the Congress when Indira and Rajiv Gandhi were PMs.” He added that other riots like in Bombay (1992), Gujarat (2002), Delhi (2019) were politically orchestrated by the saffron camp and damaged the soul of our democracy.

Nutri-Garden and Tree Plantation campaign at Faculty of…

As he puts it, “Gandhi brand name has been so badly damaged over the last 5 to 6 years. Congress have never defended it. Rahul has not understood the risk of perception. Let the congress do things that people don’t expect congress to do. Rahul Gandhi is a thinking politician with heart at right place, he understands the policies well too. Just he should find the ways to engage more with the people and break the wrong narrative surrounding him.”

In a candid conversation, both the participants discussed about the Congress communication policy, the party’s inability to usher a new generation of deserving leadership and countering the ruling party’s unconventional uses of optics in shaping the mandate in its favour. Mr Jha opined that only Congress can keep the Constitutional value intact while helming at centre, the grand old party has a promising future with certain inner reforms in the organisation. Everyone in party admires Gandhis—and their role will continue to be very important. At this point of time, what needed is a revamp and reorganisation. This too in positive spirit.

“INC is the most powerful brand in India. It’s a beautiful narrative of INC. we’ve become a beacon of hope for the world which remained suppressed due to the British rule. Congress has a proper organization. I always keep stressing that don’t blame the voter. Congress party liberalized India. Congress has to realize that India cannot be a binary of Capitalist or Socialist or both,” he concluded by saying this.