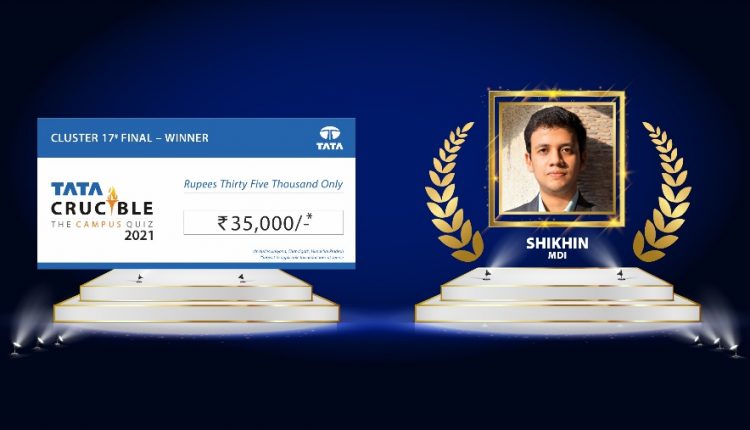 Shikhin Garg from Management Development Institute (MDI) Gurgaon, emerges as winner of the Cluster 17 Finals, in the all new online edition of Tata Crucible Campus Quiz

The Cluster 17 Finals representing the regions of Haryana, Chandigarh and Himachal Pradesh was a thrilling affair, with participants showcasing their quick thinking and sharp quizzing abilities.

The winner took home a cash prize of Rs.35, 000/-* and will now compete in the Zonal Finals to qualify for the National Finals. Jeevesh Saxena from Ashoka University was declared runner-up, winning a cash price of Rs.18, 000/-*. Prof. (Dr.) N. G. Prasad, Dean – International Relations and Outreach, Indian Institute of Science Education and Research (IISER) Mohali was the chief guest at the event and gave away the prizes in a virtual prize distribution ceremony.