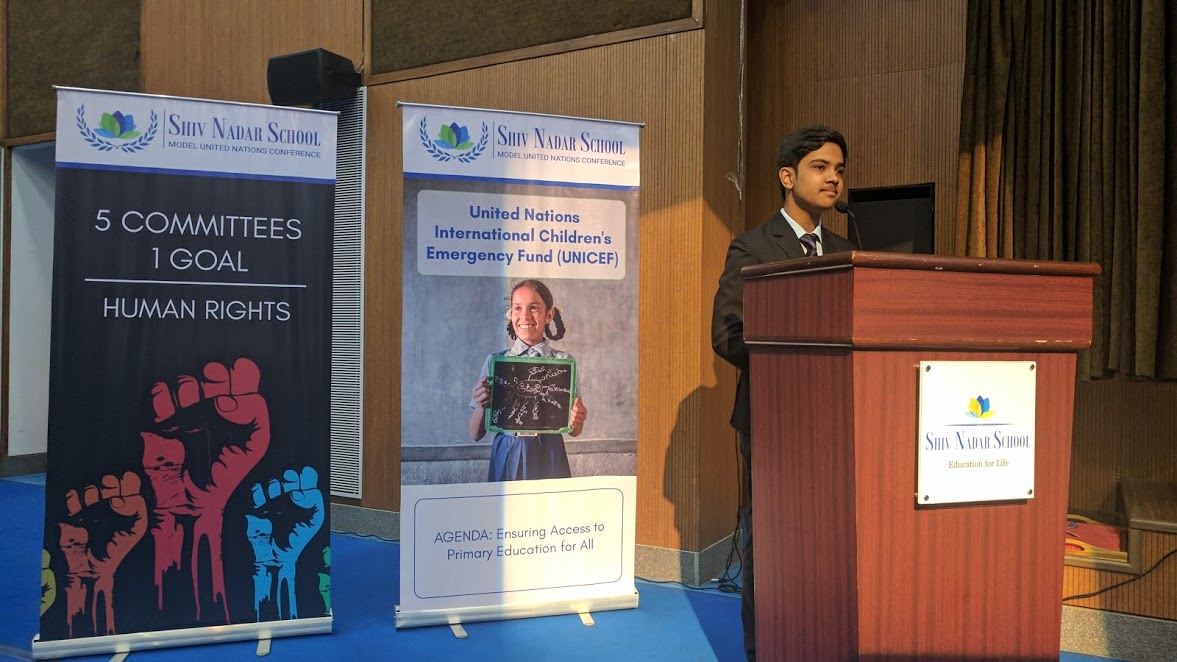 Noida: Strengthening their efforts in the field of K-12 (Kindergarten to Grade 12) education in India, Shiv Nadar School, Noida hosted a three-day long MUN (Model United Nations) program from August 2nd – 4th, 2017. The MUN was hosted in partnership with Alma College, Michigan, USA which has won top honors at the National Model United Nations conference in New York City for 20 consecutive years -1997–2016, the longest active winning streak of any college or university in the US.

Talking about the experience, the interns from Alma College said that, “It was a life-altering experience for all of us and we thank MUN for giving us this opportunity. It was a delight to interact with the students of the Shiv Nadar School and was interesting to see different point of views on issues of global importance.”

“MUN is a great platform for students to understand how global problems can be resolved by discussion, collaboration and by respecting contrasting views. At Shiv Nadar School we hosted a three-day intensive program for our students and at the end it was interesting to witness the participating students bringing unique perspectives to help resolve issues involving their respective adopted States” said, Col. Gopal Karunakaran, CEO, Shiv Nadar School.

The conference saw participation from 417 students and 40 teachers from Shiv Nadar School, Noida.

Model United Nations, also known as Model UN or MUN, is an academic activity where students learn about diplomacy, international relations, and the United Nations. MUN aims at exposing students at a young age to concepts and issues of global importance. The students role-play as foreign diplomats and participate in simulated sessions of the UN General Assembly, the UN Security Council and other multilateral bodies in the UN System.