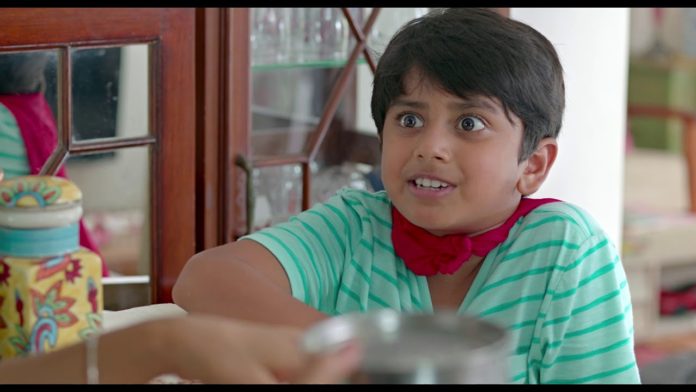 This Children’s Day make your child watch something different from a regular Bollywood film. Here is a specially curated list of short films from ShortsTV that are sure to delight both kids and adults. Get ready to gather around your television and enjoy the excellent storytelling showcased in these heart-warming award-winning shorts ranging from animation to live action.

Laddoo: There are times when someone with innocent questions can make you step back and think. Nominated at The Filmfare ShortFilm Award 2019, Laddoo is a short film about an inquisitive young boy who has a mission – to feed a Panditji as part of the funeral rites of his grandfather. The story unfolds with a humorous take and is sure to leave a lasting impression. The film also features the beautiful actress, Mansi Parekh as a mother.

The Fantastic Flying Books of Mr. Morris Lessmore: Having won the Academy Award for Best Live Action Short Film in 2012, this is the tale of a young man who wanders into a mysterious library where books literally come to life.

Wishful Whiskers: This is the story of Ella, who finds it no fun tagging along on her dad’s business lunch. That is, until she notices something. Her dad’s business partner has a fascinating, fluffy white moustache. Why doesn’t she have one? Her mission is clear: she must get her own beautiful moustache.

One Small Step: Nominated for the Academy Award for Best Animated Short Film in 2019, One Small Step is the story of a vibrant young Chinese American girl named Luna who dreams of becoming an astronaut. From the day she witnesses a rocket launching into space on TV, Luna is driven to reach for the stars. In the big city, Luna lives with her loving father Chu, who supports her with a humble shoe repair business he runs out of his garage. As Luna grows up, she enters college, facing adversity in pursuit of her dreams.

Krit: This is the story of Krit – a rowdy teenager who misbehaves with everyone, be it his parents or classmates. One day, while running away after a misdeed, he falls down into a well and spends the entire night alone, shouting and crying for help. Ironically, it is the same boy whom he bullies in class who comes to his rescue, thus teaching him the lesson of a lifetime.

Paytaan: Nominated at the L’Inconnu Festival 2012 at Paris, France, Paytaan is a regional Marathi short film which narrates the tale of a cobbler family in a small village of Maharashtra. It takes us on a journey that reveals the long-suppressed woe and anger of both individual and collective.