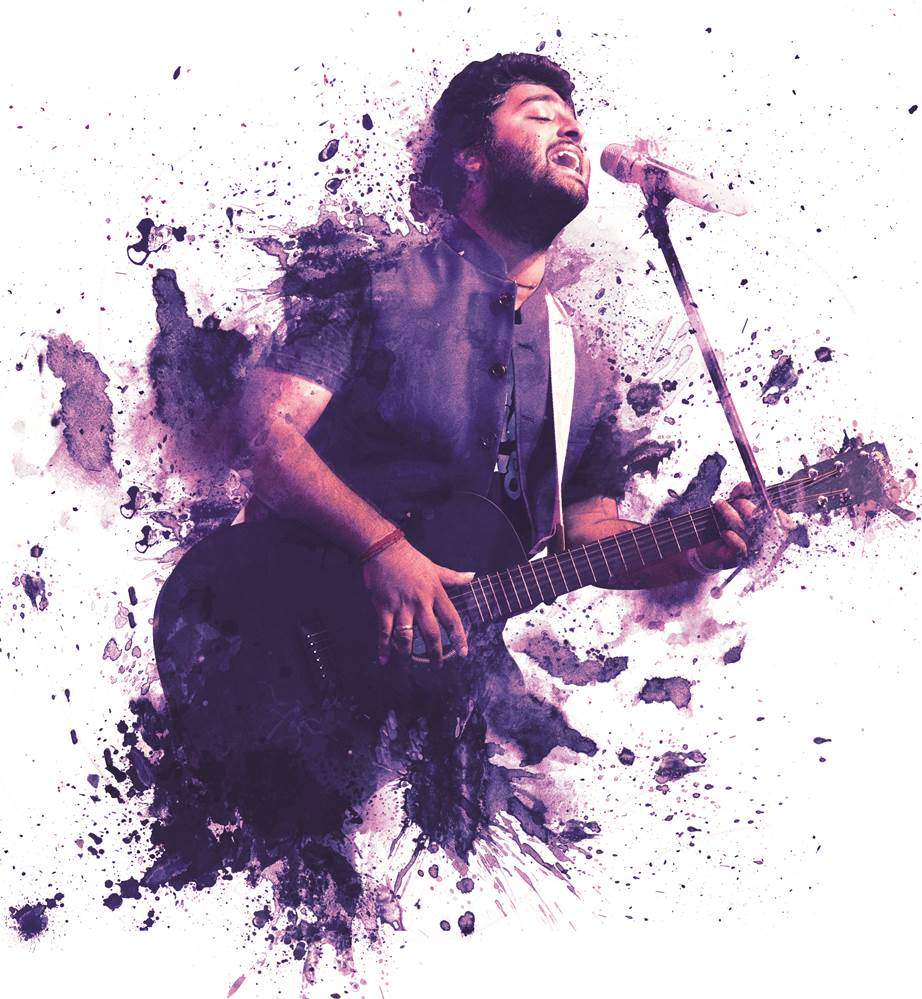 Mumbai: MTV, the brand that introduced India to music television andIndia’s Leading Media and Entertainment Company- Wizcraft International have come together to present the first-ever Arijit Singh Live in Concert – The MTV India tour. The concert series, an initiative of GiMA Concerts,is slated to begin on Arijit’s home-turf, Kolkata on December24thand will be held across major cities right up till March 2018.The singer, who has captured the hearts of over millions across the world, is all set to take the nation by storm with his chartbusters.Fanswill be able to get their tickets exclusively on BookMyShow, India’s largest online entertainment ticketing brand.

Famously known as the Soul of Bollywood, Arijit Singh has sung over 150 tracks, won more than 50 popular awards, and has acquired a staggering fan base that’s growing every year. Not only are his songs heard in India, but Arijit Singh has his fan following all over the world and has been recognized as the most-heard artist for four consecutive years.

Commenting on the occasion, Arijit Singh shares, “It will be my first integrated and exclusive India tour and I am grateful to have this opportunity to perform live for my audiences across different cities. This journey along with GiMA& MTV will definitely be an incredible experience for me.”

Sabbas Joseph, Director & Co-Founder Wizcraft International said “Wizcraft International has always endeavored to bring forth artists, and concepts that are unique and larger than life concerts witnessed never before. We are glad to present a series of live concerts under the aegis of GiMA concerts in partnership with Viacom18’s MTV with the reigning superstar, Arijit Singh, which also happens to be his first national tour. These concerts are scheduled in the ten cities across the nation with an aim to bring the superstar closer to his mammoth fan base. We look forward to entertain audiences with the best of his music.”

Raj Nayak, COO, Viacom18 added, “MTV has always been a pioneer where music programming is concerned. Be it introducing India to music television to creating the biggest ever music format shows such as MTV Unplugged, Coke Studio@MTV, MTV Spoken Word and many more. This is the one brand that not only understands music but is also the ultimate word on the youth and is always in tune with what they like. A multicity concert with one of the most celebrated young singers of today, Arijit Singh ticks all the right boxes for us and who better than Wizcraft to execute such a fantastic initiative at such a grand scale. All I can say is, what you see is just the beginning of perhaps a new phenomenon where artist tours are concerned. Just remember MTV brought it to you first!”

Speaking about the concert tour, Ferzad Palia, Head – Youth, Music and English Entertainment, Viacom18 said, “MTV has always been the vanguard for anything related to the growth of good music in India. However, what makes MTV stand out even further is that it’s the universe of the young and so we make sure we reach out to our audience through all the key touch points – be it on air, online, through our merchandise, our cafes or through online events. This 10-city tour is yet another step for us to get up, close and personal with the youth by bringing them today’s biggest Bollywood singer – Arijit Singh – who has established his name as the singer of the most romantic love ballads India has produced in recent times. We are sure that this tour is going to be an exciting opportunity for us and for the youth as well. We hope to bring more such initiatives for our discerning audiences going forward.”

Kumar Razdan, Head- Events (Business Development), BookMyShow said, “BookMyShow has been playing an integral part in bringing some of the best live musical experiences to fans across the country. We are now excited to be working with Wizcraft International and GiMA concerts to bring Arijit Singh’s first mega national tour to entertain the audiences. Arijit Singh, with his soulful melodies, has struck a chord with millions of fans in India making him the voice of this generation. As the official ticketing partner for this ten-city tour, we are committed to ensure a transparent, safe and constant opportunity to his fans to get enchanted by his music and are determined to make this event a phenomenal success.”

The tour will mark its footprint in ten prime cities of the nation namely Kolkata, Gurgaon, Chandigarh, Indore, Pune, Hyderabad, Jaipur, Ahmedabad, Guwahati and Mumbai. The shows will feature the singer in the lead showcasing his best music. While Arijit Singh shall be singing his biggest hits, the audiences should expect to be surprised with a special element in every city.The tour, curated by Wizcraft Entertainment International and TM Talent Management will reach out to every major Indian city. Through Viacom18’s leading brands such as MTV, MTV Beats, Colors and Rishtey, audiences will be engaged till the very end when a special broadcast that captures the best moments of the tour will be shared on the platforms.