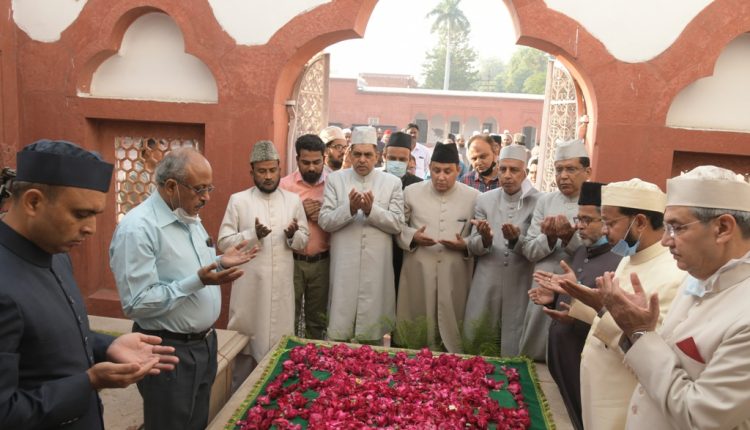 Aligarh: The Aligarh Muslim University today observed the death anniversary of Sir Syed Ahmad Khan, the founder of this University. To mark the occasion Quran Khwani (recitation) was organised in the University Mosque after morning prayer . The Vice Chancellor Prof Tariq Mansoor paid rich tributes to the founder by spreading floral chadar on his grave situated at the premises of the grand AMU Jama Masjid .

HCL expands investment in the United Kingdom; The company…

Sir Syed’s death is viewed as a colossal intellectual loss and his death anniversary is a sombre occasion when the University community observes the event as a day of introspection and resolves to carry forward his vision and mission and to champion the cause of spreading education, particularly among the marginalized sections of society.

Texas A&M: Reflections On Being A Woman In Higher Education

University of Bristol: Homelessness and unstable housing are associated with increased HIV and HCV risk among people who inject drugs

HCL expands investment in the United Kingdom; The company announced the hiring of…

Johns Hopkins University: Molecular Alteration May Be Cause — Not…

University of Washington: $38M set of gifts from Ballmer Group to…

University of Bristol: The Keen, the Concerned, the Content: the three…