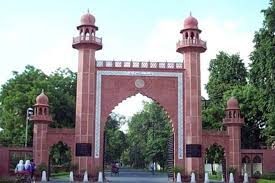 The Aligarh Muslim University Vice Chancellor Professor Tariq Mansoor inaugurated the six hostels and an ATM kiosk at the Begum Azizun Nisa Hall yesterday. The inauguration was held after the flag hoisting programme in the Hall premises as part of the 75th Independence Day celebrations.

Professor Mansoor said that the distinguished personalities after whose names the hostels have been christened will continue to inspire generations of women who come to stay in this Hall of residence.

The Vice Chancellor also planted a rare sapling of Adansonia digitata, the monstrous “Baobab”, a native of South Africa, gifted to the Hall by Prof Shujauddin, former Member Incharge, Department of Land and Gardens, AMU.

He appreciated the Hall administration’s efforts to make the Hall campus greener by planting more than 2000 plants, including the rare plants of medicinal value.

The Vice-Chancellor declared the results of the online national essay writing competition organised as part of the ‘Azadi Ka Amrut Mahotsava’ programme marking the 75th anniversary of India’s independence.

Professor Subuhi Khan, Provost of the Hall presented a report on the works of progress. She informed that the plantation drive, launched in 2019, has seen plantation on a large scale, including 400 medicinal plants, 565 flowering trees, 205 ornamental trees, 310 fruit bearing trees, 765 shade trees and 591 potted plants. She also proposed a vote of thanks.

Caltech: Ginsburgs Give to Create New Quantum Center and Building at Caltech

iednewsdesk Jan 18, 2022
Repeated exposure to major disasters does not make people mentally stronger, a recent study from the Texas…

Caltech: Ginsburgs Give to Create New Quantum Center and Building at…