Six young academics from across the University of Oxford have today been given Philip Leverhulme prizes – the largest number awarded to researchers of any university.

Only 30 prizes are awarded throughout the UK each year and the six Oxford winners come from the three eligible divisions: Humanities; Mathematical, Physical and Life Sciences (MPLS) and Social Sciences.

‘We are delighted to see two MPLS researchers being honoured with the Philip Leverhulme Prize, a great recognition of the international impact and future potential of their research,’ comments Professor Sam Howison, Head of the MPLS Division. ‘This is a well-deserved recognition to both Prof Birkby and Prof Saupe of the leading role they are playing in their exciting research areas.’

Professor Timothy Power, Head of the Social Sciences Division, says, ‘I’m delighted to congratulate Teresa and Janina on each being awarded this prestigious prize in recognition of their outstanding research to date and their exciting future potential. Their respective projects in historical political thought and the moral psychology of war are exemplars of the value that the social sciences can bring to bear on constructs that inform some of society’s most complex challenges.’

Meanwhile, Professor Dan Grimley, interim Head of Humanities, says, ‘I am thrilled that two of our talented Oxford colleagues have been recognised with a 2021 Philip Leverhulme Prize. The work that Dr Kathryn Stevens and Dr Giuseppe Pezzini are doing is an integral part of the world-leading and innovative research in our Faculty of Classics. I warmly congratulate them on winning this prestigious award and look forward to seeing what they do next.’

And Professor Neil McLynn, Chair of the Board of the Faculty of Classics, says, ‘I am delighted by the success of these two colleagues, the faculty’s two most recent recruits, in winning these most prestigious prizes. Kathryn’s work on the role of intellectuals in the Hellenistic kingdoms, in particular the support offered there to Mesopotamian scholars, and Giuseppe’s engagement with the comedies of Terence, both explication of grammatical forms and exploration of the wider cultural context, illustrate powerfully the quality and diversity of research being undertaken in the Classics faculty.’

The prize winners are: 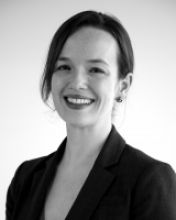 Teresa Bejan, Associate Professor of Political Theory in Social Sciences Division. She will use her prize to support her editing of the two-volume Clarendon edition of John Locke’s Letters on Toleration.

She says, ‘I am honoured and immensely grateful for this award.’

‘The Prize funds will allow me to make major progress with the Clarendon edition of Locke’s Letters, while further cementing Oxford’s reputation as one of the best and most exciting places in the world to study historically informed political theory.’ 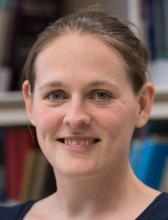 Jayne Birkby, Associate Professor of Exoplanetary Science, in MPLS Division, plans to use her funding to explore the conditions playing out on the surfaces of rocky planets orbiting other stars, using the world’s largest telescopes…. She will study extreme molten lava exoplanets to help understand the origins and enormous diversity of rocky planets in our galaxy.

She says, ‘I am thrilled and honoured to have received the Leverhulme Prize in Physics. It will enable me to lead an exciting new observational study of these enigmatic and extreme rocky worlds. It will also help me prepare for studies of the nearest, potentially habitable, rocky worlds with the upcoming Extremely Large Telescopes, using instruments such as HARMONI that we are building right here in Oxford.’ 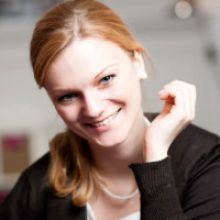 Janina Dill, John G Winant Associate Professor of US Foreign Policy, in Social Sciences Division.  She will use the prize to conduct research on the moral psychology of war.

She says, ‘I am honoured and thrilled to receive this recognition and the means to pursue my research agenda on how moral principles can constrain conduct in war.

‘We need a better understanding of how human beings make decisions in the uniquely challenging context of armed conflict and to be able to articulate rules that effectively restrain their conduct.’

Giuseppe Pezzini, Associate Professor in Classics, part of the Humanities Division. His work focuses on the Latin language and literature. 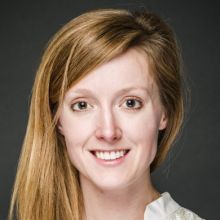 Erin Saupe, Associate Professor of Paleobiology and Evolution, from MPLS division, will use the funding to continue to leverage the fossil record to understand how species respond to environmental changes over both long and short timescales.

She says, ‘Leverhulme Prize funding will allow me to advance my research programme in conservation palaeobiology. I will be examining how phytoplankton respond to future climate change, which has large-scale ecosystem implications.’ 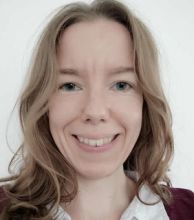 Kathryn Stevens, Associate Professor, Faculty of Classics, from the Humanities Division, will use her prize to support work on a new intellectual history of the Hellenistic world.

She says, ‘It is an honour to be among the recipients of this year’s Philip Leverhulme Prizes. I am very grateful to the Leverhulme Trust, and to colleagues in Oxford and elsewhere for their collaboration and support.’

BHU GEARS UP FOR THE 102ND CONVOCATION, FACULTIES INFORM STUDENTS TO SEND ACCEPTANCE…

The Association for the Mentally Challenged (AMC), Bengaluru, initiates discussions…