Six Stanford University researchers are among the 120 newly elected members of the National Academy of Sciences. Scientists are elected to the NAS by their peers. 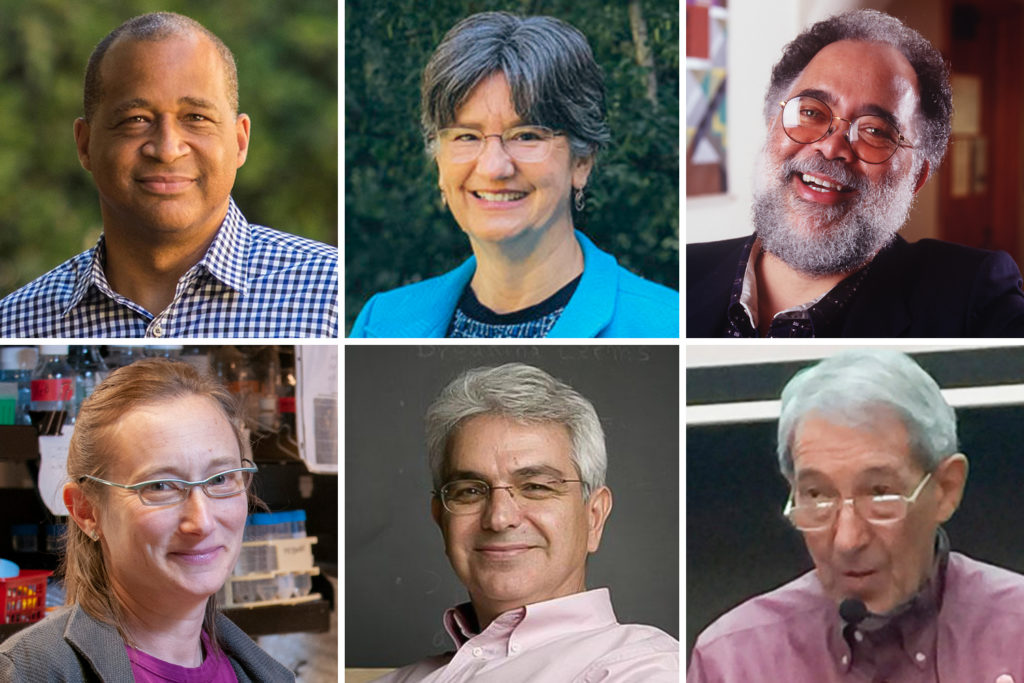 Savas Dimopoulos collaborates on a number of experiments that use the dramatic advances in atom interferometry to do fundamental physics. These include testing Einstein’s theory of general relativity to fifteen decimal precision, atom neutrality to thirty decimals, and looking for modifications of quantum mechanics. He is also designing an atom-interferometric gravity-wave detector that will allow us to look at the universe with gravity waves instead of light.

Daniel Freedman’s research is in quantum field theory, quantum gravity and string theory with an emphasis on the role of supersymmetry. Freedman, along with physicists Sergio Ferrara and Peter van Nieuwenhuizen, developed the theory of supergravity. A combination of the principles of supersymmetry and general relatively, supergravity is a deeply influential blueprint for unifying all of nature’s fundamental interactions.

Judith Frydman uses a multidisciplinary approach to address fundamental questions about protein folding and degradation, and molecular chaperones, which help facilitate protein folding. In addition, this work aims to define how impairment of cellular folding and quality control are linked to disease, including cancer and neurodegenerative diseases, and examine whether reengineering chaperone networks can provide therapeutic strategies.

Kam Moler’s research involves developing new tools to measure magnetic properties of quantum materials and devices on micron length-scales. These tools can then be used to investigate fundamental materials physics, superconducting devices and exotic Josephson effects – a phenomenon in superconductors that shows promise for quantum computing.

Tirin Moore studies the activity of single neurons and populations of neurons in areas of the brain that relate to visual and motor functions. His lab explores the consequences of changes in that activity and aims to develop innovative approaches to fundamental problems in systems and circuit-level neuroscience.

John Rickford’s research and teaching are focused on sociolinguistics – the relation between linguistic variation and change and social structure. He is especially interested in the relation between language and ethnicity, social class and style, language variation and change, pidgin and creole languages, African American Vernacular English, and the applications of linguistics to educational problems.

The academy is a private, nonprofit institution that was created in 1863 to advise the nation on issues related to science and technology. Scholars are elected in recognition of their outstanding contributions to research. This year’s election brings the total of active academy members to 2,461.