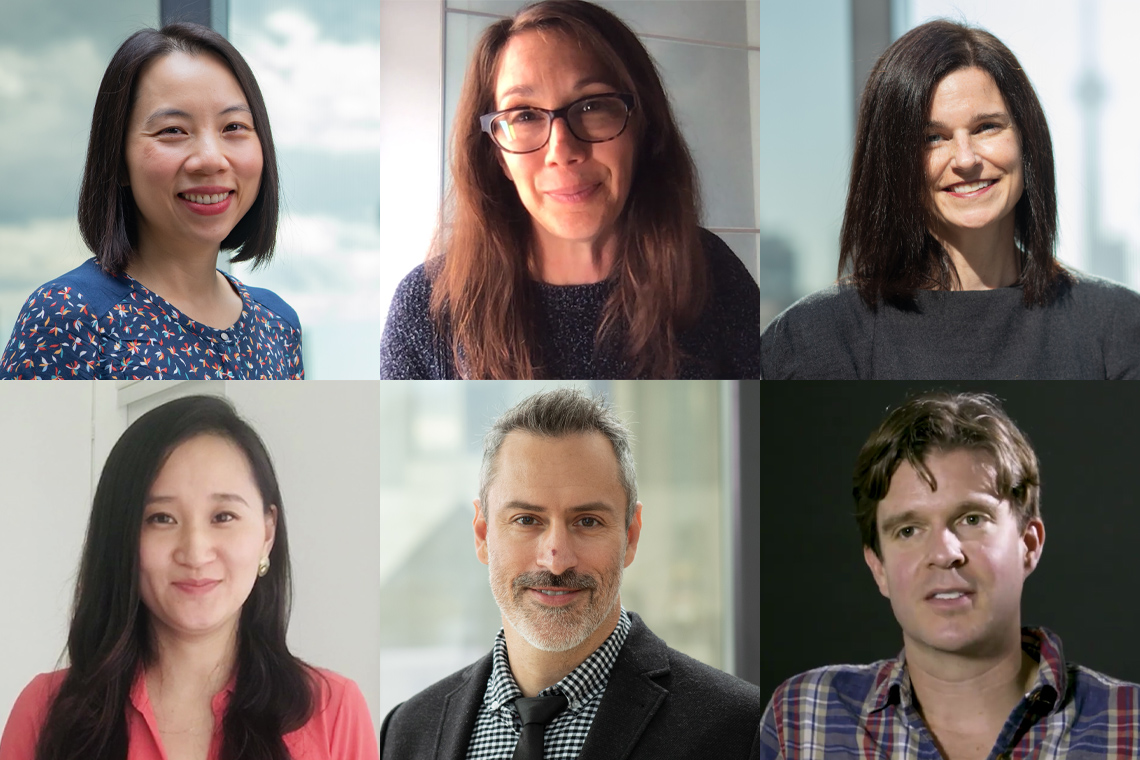 From clean energy and water to urban biodiversity, disability in HIV patients and labour activism in China, the next generation of researchers at the University of Toronto is engaged in tackling some of the most difficult – and pressing – questions of our time.

Six of those researchers were recently recognized for their leadership, talent and the transformative potential of their research by being elected to the Royal Society of Canada (RSC)’s College of New Scholars, Artists and Scientists.

Their appointment makes them members of an exclusive group who have demonstrated excellence and extraordinary productivity at an early stage in their career, and whose perspectives and expertise will strengthen the College of New Scholars, Artists and Scientists’ mission of harnessing interdisciplinary approaches to generate ideas and solutions.

“Our researchers’ strength across the full breadth of areas of scholarship fuels an extraordinary range of cross-disciplinary collaborations – work that is vital to developing creative and sustainable solutions for the challenges facing Canada and the world,” says University Professor Ted Sargent, U of T’s vice-president, research and innovation, and strategic initiatives.

The new members of the college will be honoured at the Royal Society of Canada’s 2020 Celebration of Excellence and Engagement, a week-long exploration of scholarly, scientific and artistic topics. They will be recognized alongside 12 leading U of T researchers, across a diverse array of disciplines, who were named fellows of the society this year, as well two faculty members who won Royal Society of Canada medals: Barbara Sherwood Lollar of the department of Earth sciences and Marla Sokolowski of the department of ecology and evolutionary biology – both in the Faculty of Arts & Science.

U of T is a presenting sponsor of the event, which runs from Nov. 23 to Nov. 29 and includes a virtual symposium examining the impact and legacy of the discovery of insulin by U of T scientists 100 years ago.

By creating a volunteer group, U of T grad Adam Zivo brought food to low-income seniors during COVID-19