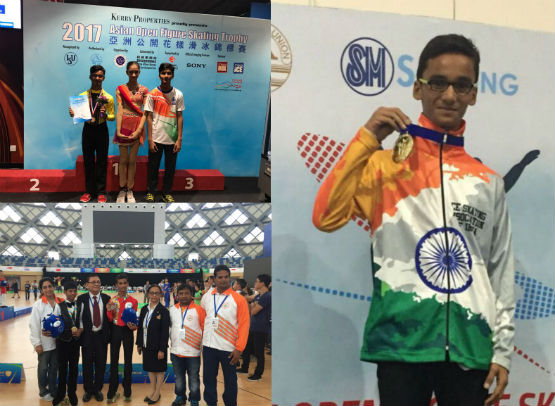 Visakhapatnam: Young and talented skating champion Priyam Tated has made India proud yet gain. This year in the Asian Open Figure skating Trophy which was held in Hong Kong from August 2 to 5, Young talented skater from Vizag, Priyam Tated won a bronze medal in the junior category i.e age group of 13 to 19 years. 16 countries had participated in Asian Open Figure skating Trophy from all across the globe. Priyam Tated has represented India in various International platforms. Priyam Tated is a student of standard 9 at Shri Chaitanya School. He has started skating since the age of 3 in 2006. He is a rising star in the international arena of skating. His career graph so far has been outstanding.

Caltech: Caltech and Amazon Partner to Create New Hub of…