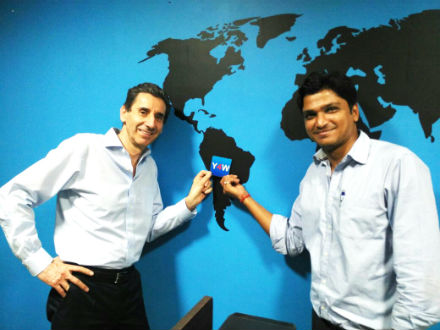 Skill and employability access in top 10 regional languages in 2017

New Delhi: According to government data, India has 536 million internet users out of which 46% are English users and 54% are regional users as they find content in regional languages more reliable than the content in English. However, the growth of the Internet users in India will bloom if the internet has more content in the local language.

Being digital means being responsive without interruption all the time. Businesses that are digital have something that pre-digital business don’t have; short tools & equipment to adapt & react, ready to detect, act and analyze on the changing circumstances and also demanding connectivity among the workgroup. The digital world will become reality with passing days which are going to be some potential changes.
Skill training is a bigger problem than uneducated, untrained people looking for jobs.The training is not aligned to the demand, which means lot of people are there in certain job roles but there is no demand for these trained people. They have managed to help the potential youth and gave them a platform to prove their competencies and improve them to level up with global standards. All local and global companies can explore this large talent pool and extend their career opportunities.

Oxford announces the founding of the new Bennett Institute…

$1.2m to fuel brain development in under fives

The above graph shows how much the employment rate search has been increased in regional as well as foreign languages on our platform- after being multi-lingual.

The purpose of launching the website in 21 different languages is to help the Youth in India. Skilling and employment in India made easily available in top 10 languages in 2017 with platforms like Youth4work.

Rachit Jain, CEO of Youth4work.com says, “The problem of the youth in one country is same as in another, and our firm has always focused on how to solve them by assessing and evaluating the youth through our platform which acts like an exposed labour market as well as the job market which connects the two with each other. The platform uses its advanced technology for showcasing the young minds, digitally.”

$1.2m to fuel brain development in under fives