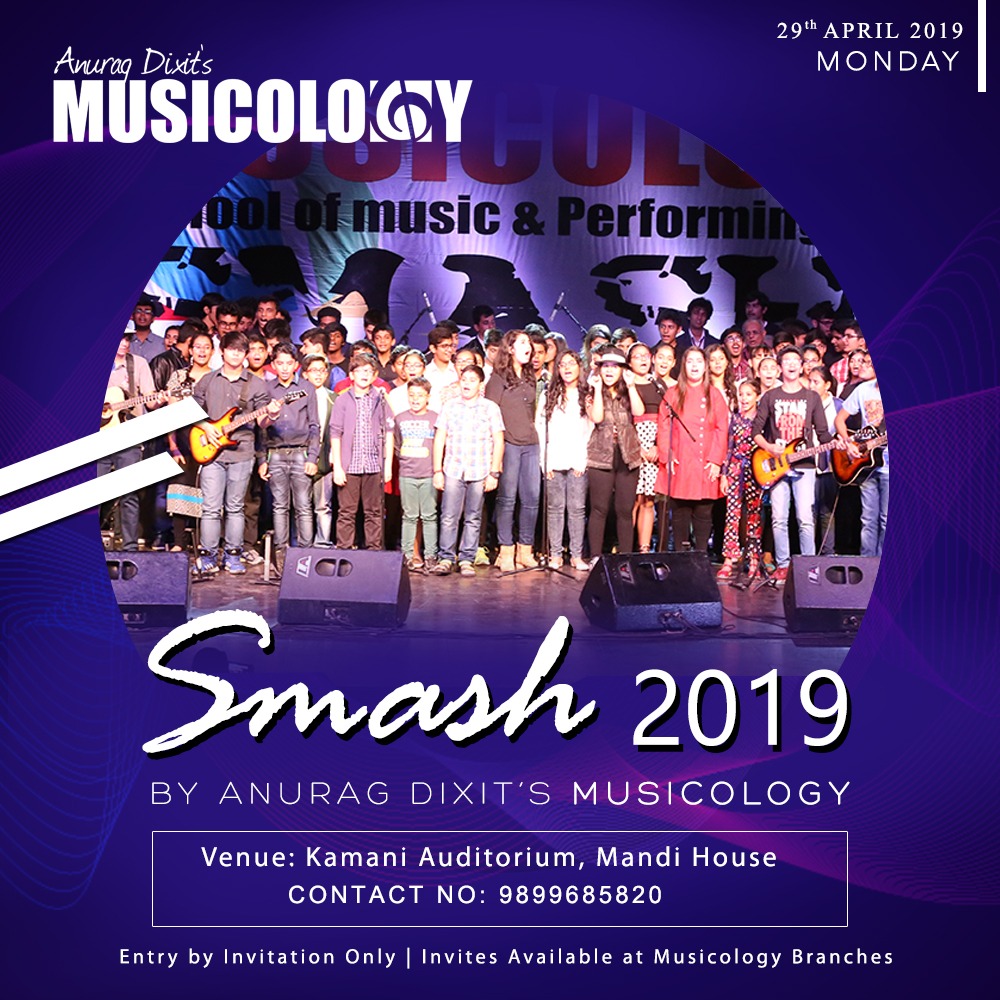 New Delhi: Smash Concert of Anurag Dixit’s Musicology @ Kamani Auditorium, 29th April 2019. The event was organized by renowned artist Anurag Dixit for his students.
The event was a great success as the group of 26 Rock bands consisting of little rock stars, youngsters and adults performed. The youngest band has performers in the age group of just 8 years who performed different classic & modern rock anthems, leaving the audience spellbound. They have created the right buzz in the city by their Amazing performances.

At this stupendous evening, students performed rock hits like Rock on, ‘Stitches’, ‘Give me some Sunshine’, ‘Illahi’, ‘Badal pe Paon’, and many more’. All the performances were conducted by Musicology directors Anurag Dixit & Manisha Dixit .A group of young musicians performed ‘”one love” and “Give Peace a Chance”, inspiring peace anthems by Bob Marley and John Lenon.

There are thousands of rock bands that have existed throughout the decades ever since the dawn of rock and roll, but only the greatest ones have stood the test of time and continue to be classic and popular bands to listen to with their timeless music. Similarly, Anurag Dixit holds a special place among them due to his marvellous performances on stage. He has also proved his mettle in Bollywood by delivering Superhit Album “Laakhon Aasman” released on Universal music. Smash Concert is organized to engage the students in more creative musical activities like collaborating with each other, developing a sense of true musicianship, developing confidence and at the same time, realizing the real power of Rock music.”

“Musicology understands that learning music can unite minds and it helps in transforming your dream into a reality. Our well-designed curriculum builds with this philosophy. Musicology Music Programmes for beginners” says Musicology director Anurag Dixit.

Musicology director Anurag Dixit further adds, “Music can change the world, as it can change people, isn’t it fun when the whole crowd sings to the band in unison and screams the lyrics to your favorite songs”. In the year to come, we have planned various concerts & projects to let the students experiment with the skills they learn at Musicology.

“These young people want to say many things to the world, about peace and harmony pay attention they are making noise for the peace”, said another musicology Director Manisha Dixit.

“It was a great opportunity for us to be trained under Anurag Sir, he always keep motivating us” said the students of musicology. It is always fun as a band, though it’s a lot about coordination.