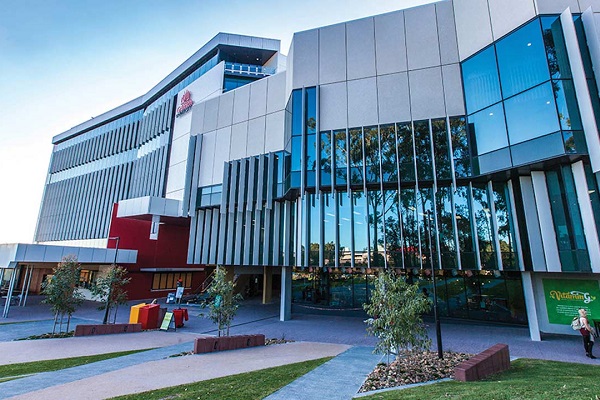 Soccer star Clare Polkinghorne has won a scholarship from the Australian Institute of Sport to help her juggle an elite sporting career and criminology studies at Griffith.

The pilot AIS Education Scholarship program is designed to ease the financial burden on athletes who are preparing for life beyond sport.

The Matilda’s veteran is studying a Master of Criminology and Criminal Justice at Griffith University while playing for the national side, captaining Brisbane Roar and playing club football in Europe.

Clare has represented Australia at four FIFA Women’s World Cups, four AFC Women’s Asian Cups and the Olympic Games. She is a two-time Premiership and Championship winner with the Roar, and the longest serving player on the Queensland side.

She said juggling the demands of sport and study wasn’t always easy, but is looking ahead to when her football days come to an end.

“This gives me many options post-football to continue with another career.” she said.

“Having something other than football to focus on actually helps me as a footballer.

“Study provides a different outlet for me, something else to focus on and recharges the batteries.

“I’ve always enjoyed learning and Griffith is a good fit.”


Clare receiving the award for Most Outstanding Sporting Achievement at the Griffith Sports Blues Awards.
Clare earlier completed a Bachelor of Psychological Science (Honours) before embarking on postgraduate studies. She said the Griffith Sports College had been instrumental in her journey through university.

“Without the support of the Griffith Sports College, I wouldn’t have been able to complete the study I have,” she said.

“It’s awesome to see how many athletes the College supports and it’s crucial for athletes to have that support to make sure they are able to reach their goals academically and in the sporting arena.”

“There’s a lot of self-responsibility, especially when you’re travelling a lot and not having the contact hours at university,” she said.

“You need to have that drive in you to make sure you are doing everything you need to be doing in both study and sport arenas.”

Clare is determined to play at the 2023 FIFA Women’s World Cup, hosted by Australia and New Zealand. But after football, she is keen to explore a very different career path.

“I always thought I would join the police force. But at the moment, my Masters thesis research is looking at police mental health, which is a perfect blend of my psychology and criminology degrees,” she said.

“Police mental health is such an important yet under-researched area that demands more attention, not only in Australia but internationally – it’s definitely something I would be interested in pursuing.”

Clare will kick off her latest season with Brisbane Roar against the Newcastle Jets on 28 December.