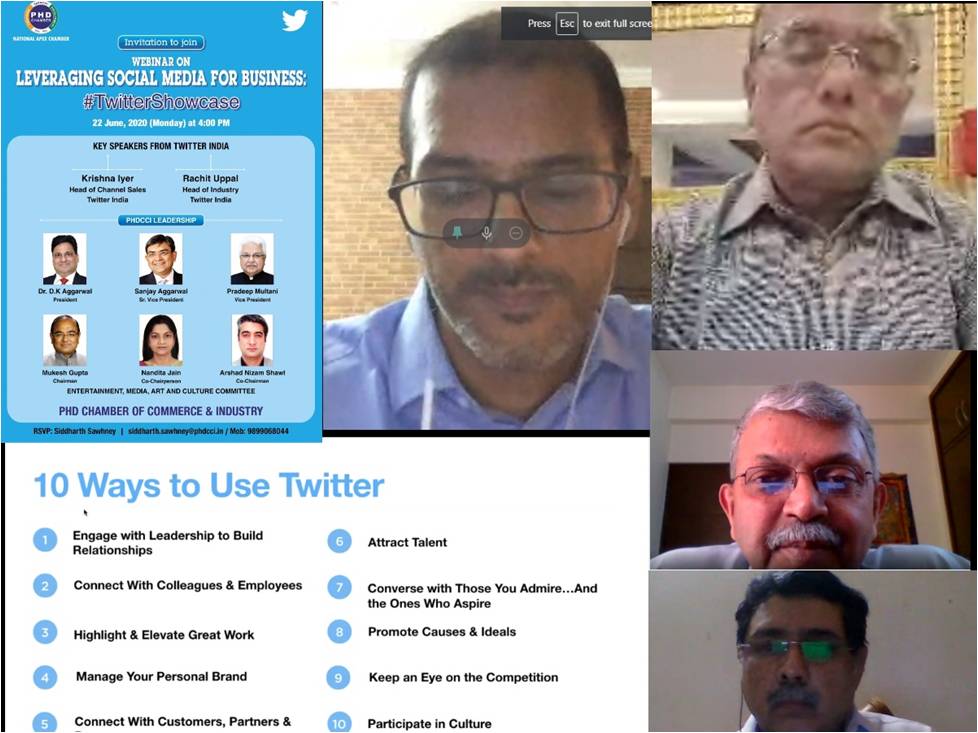 It was an hour and a half long exclusive session meant to introduce you to Twitter as an advertising platform, Twitter Ad Solutions, Ads Manager, Analytics and Best Practices on the platform. There were approximately 70 participants who joined the webinar and took benefit of the first-hand experience on how various modules of Twitter can help grow business.

Great Learning to host a webinar on Interview Etiquette and…

The address by Mr. Gupta was followed by a detailed presentation by the Twitter Team on the subject of Businesses can leverage various features of Twitter to ensure growth. They enlisted 10 ways in which Industry members can use Twitter as a platform to nourish their businesses. The team touched upon numerous examples and cases when renowned companies have used Twitter as a platform for their launching and growth of their businesses. The tools which can help businesses grow, which Twitter team explained about included AD formats, Creative Best Practices, Promotion through Video and much more.

The session also witnessed a lot of interaction between the speakers and the attendees through Q & A, where most questions revolved around the usage of the latest features of Twitter like Twitter Fleets etc.

The webinar concluded with a formal vote of thanks by Mr. Saurabh Sanyal, Secretary General, PHD Chamber where he thanked the Twitter India for joining hands with PHD Chamber and organizing the webinar.

“The Copyright Amendment Bill has been passed, but the Government has to do a lot”-Vikas Kapoor