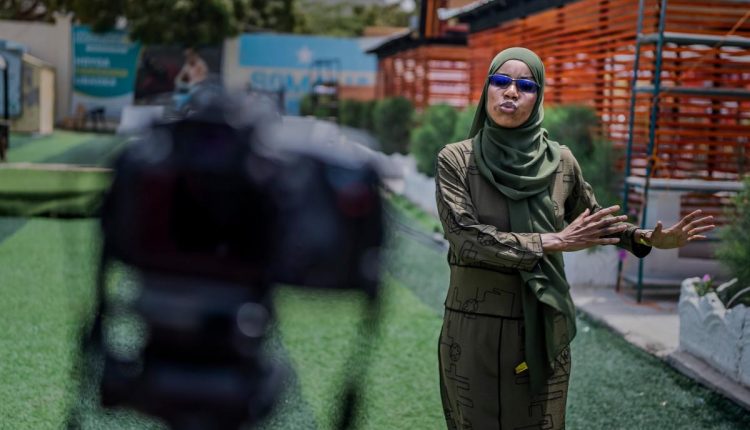 The unit is staffed and managed entirely by women with full editorial independence and will produce stories for TV, radio and online media. One editor and five journalists will decide what issues to cover and how, with a mix of hard news and in-depth features that focus on the stories they think need telling.

Called Bilan, which means “bright and clear” in Somali, the unit is funded by the United Nations Development Programme (UNDP) and will be hosted inside the Dalsan Media Group’s offices in Mogadishu, with content distributed through Dalsan’s existing platforms and also pitched to international outlets worldwide.

“For too long, Somali women journalists have been treated as second class citizens and Somali news has ignored the stories and voices of half the population; now we are in charge of the boardroom and the narrative,” said Nasrin Mohamed Ibraham, who is taking up the post of Bilan’s Chief Editor. “Some people might not like the fact that I play football and lead a media team. But nobody will ever change my mind.”

“As a women-only media house we are going to be able to bring taboo subjects into the open. Our sisters, mothers and grandmothers will talk to us about issues they never dare speak about with men,” said Fathi Mohamed Ahmed, Bilan’s Deputy Editor.

In interviews conducted by UNDP over the last six months, women journalists have reported being harassed not just on the streets but even inside their own offices. They are often denied training opportunities and promotions, and when a woman does reach a position of authority, she is often ignored while more junior figures get to call the shots. News coverage reflects this, with a lack of programming on issues that are seen as primarily affecting women, including childcare, domestic abuse and equal political representation.

“We hope this will be a game changer for the Somali media scene, opening up new opportunities for women journalists and shining a light on new subjects that have been ignored, particularly those that are important for women,” said Jocelyn Mason, UNDP’s Resident Representative in Mogadishu.

UNDP will also provide a long-term programme of training and mentoring, bringing in some of the biggest names in Somali and international journalism, including the BBC’s Lyse Doucet and Razia Iqbal, Channel 4’s Lyndsey Hilsum and Al Jazeera’s Mohammed Adow, as well as creating opportunities to engage with women journalists working in similarly challenging environments around the world to exchange ideas and offer mutual support.

“I believe Bilan will be a game-changer for me and for women in Somalia. I hope it will give us the freedom and safety to do a different kind of journalism beyond the usual diet of politics and conflict,” said Bilan’s journalist Naciima Saed Salah.

“Even though I am young, I am ready to leave my family in Baidoa and move to Mogadishu to work for Bilan. I want to highlight the problems women face in my region, especially in terms of political representation,” said journalist Shukri Mohamed Abdi.

To develop the next generation of Somali women journalists, the unit will offer six-month internship opportunities for the best final-year women journalism students at two universities in Mogadishu.