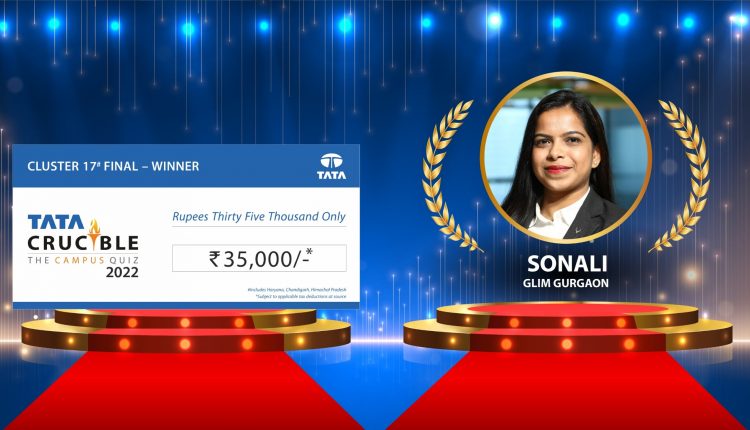 The Cluster 17, Finals representing the Haryana, Chandigarh and Himachal Pradesh region, was a thrilling affair, with participants showcasing their quick thinking and sharp quizzing abilities.

The winner took home a cash prize of Rs. 35000/-* and will now compete in the Zonal Finals to qualify for the National Finals. Aditya Gupta from IIT Ropar, was declared runner-up, winning a cash price of Rs.18,000/-*. Mr. Vinod Kannan, Chief Executive Officer – Vistara, Tata SIA Airlines Limited, Gurgaon was the chief guest at the event and gave away the prizes in a virtual prize distribution ceremony.

Stepping up to the challenges posed by the pandemic, Tata Crucible quiz evolved into an online format since 2020.

The Co-sponsors for this edition are Tata Motors, Tata Play, Mia By Tanishq, Tata 1 mg and Tata CLiQ.