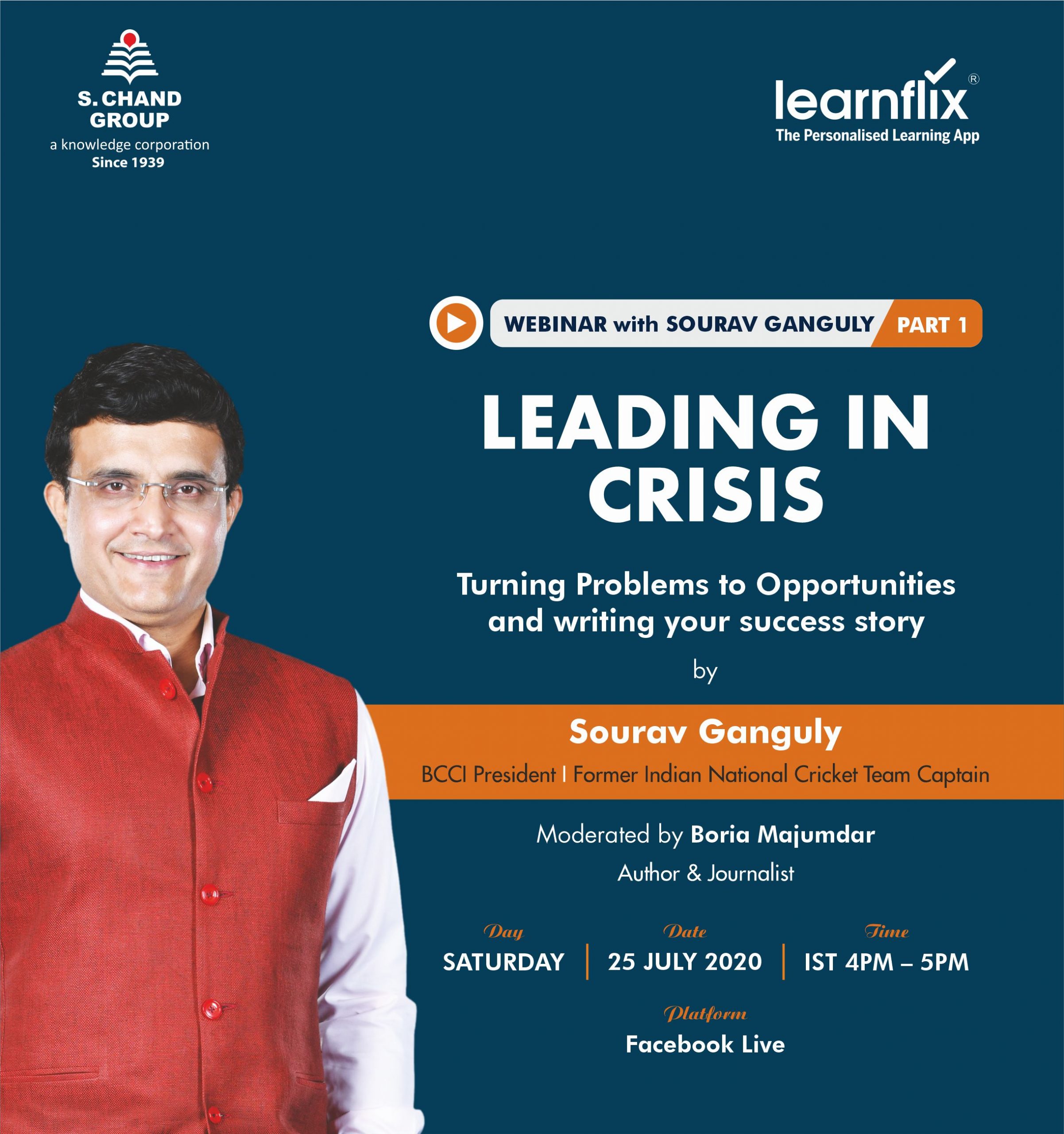 New Delhi: Covid-19 pandemic has impacted almost all aspects of life and work across the globe and education is no exception. With an aim to support school leaders and educators, parents and students in a time when the education sector is in a state of flux and upheaval, S. Chand group, one of the India’s oldest and largest textbook and education content company has announced a series of webinars titled ‘Leading in crisis’ with Sourav Ganguly, former Captain, Indian Cricket Team and BCCI President.

The 3-part series will commence from July 25, 2020 and will be moderated by Boria Majumdar- a well-known Indian sports journalist, academician, and author.

Sourav Ganguly is widely seen as one of the most successful captains of Indian cricket team and credited with turning it into fighting squad and imbuing the team with a winning spirit. He turned around the team with his leadership skills and innovation. Saurav Ganguly will be sharing his journey and experiences with the school community and drawing parallels between leadership excellence in sports and education, especially in times of crisis.